Following the widely-boycotted presidential elections in Iran earlier this month, the Iranian people took to the streets to express their distaste for the government over many different issues.

On Sunday, June 27, the country was rocked by protests from pensioners of the Steel Company, Social Security Organization, and Homa Airlines, as well as dairy farmers, Isfahan pharmacists, Bushehr Petrochemical structural workers, Gama company workers, oil and petrochemical workers, and the plundered investors of the Azico credit institution.

Of course, many of these groups have been protesting since the election on June 19, with contract workers demanding higher wages and better working conditions. The authorities tried to intimidate these workers by threatening to fire them if they didn’t return to work. The strikers were soon joined by full-time workers, whom the officials cannot threaten with losing their jobs.

The strikes are putting pressure on the economy, which depends on oil exports, and therefore the government. The mullahs rely on the oil and petrochemical industries to finance their terrorism and warmongering, so strikes and international sanctions are crushing the mullahs.

The state-run Asr Khabar wrote: “The strike of thousands of contract workers of oil, gas, and petrochemical entered its eighth day, and now workers of about 61 contractors are on strike.”

The truth is that the workers are facing increased pressure because the economy, already pushed to the brink by officials’ corruption and mismanagement, has declined due to the coronavirus pandemic.

Over the past seven months, people from all walks of life have been protesting constantly, which shows the precarious situation that the officials find themselves in now. As the Iranian people suffer under the economic conditions caused by the officials’ corruption, while also suffering under the social conditions that have left over 300,000 Iranians dead from the authorities’ inaction on Covid-19.

The Iranian Resistance wrote: “The Iranian people’s hatred toward the regime has reached a new level. The recent nationwide boycott of the regime’s sham election, and the mullahs’ decision to appoint the notorious Ebrahim Raisi as their new president to oppress people more, are testaments that people do not want this regime.”

The recent protests have terrified the officials and state media, who fear major protests that would mean their overthrow. The Sharq daily warned on Sunday that if the regime fails to pay attention to the dissent of the people, then the political divide will increase, along with the public’s dissatisfaction and anger.

The villages of Jofair in the Azadegan Plain, 50 km west of Ahvaz, gathered on Monday, June 28, to protest the water cut and blocked the main road.
There are several oil and gas companies in the lands of these villages. The villagers complained several times and the oil companies promised them that they would solve the water problem for them, but so far they have not taken any action. 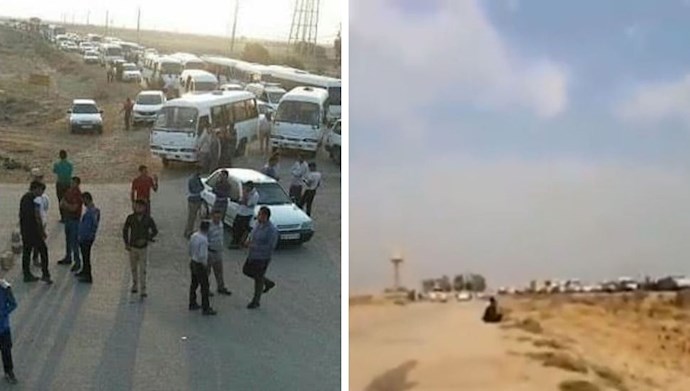 On Tuesday, June 29, doctors and medical students protested against the disregard for the rights of the medical community, disregard for public health, the spread of corruption in the health-related sector, and widespread violations by the Ministry of Health in various cities, including Tehran, Hamadan, Kermanshah, and Isfahan. Sanandaj, Shiraz, Yasuj, Lorestan, etc. held protest rallies.

On Tuesday, June 29, a group of non-profit school teachers gathered in front of the regime parliament building to protest their non-employment by the Ministry of Education in Tehran. These teachers are from different parts and cities of the country. 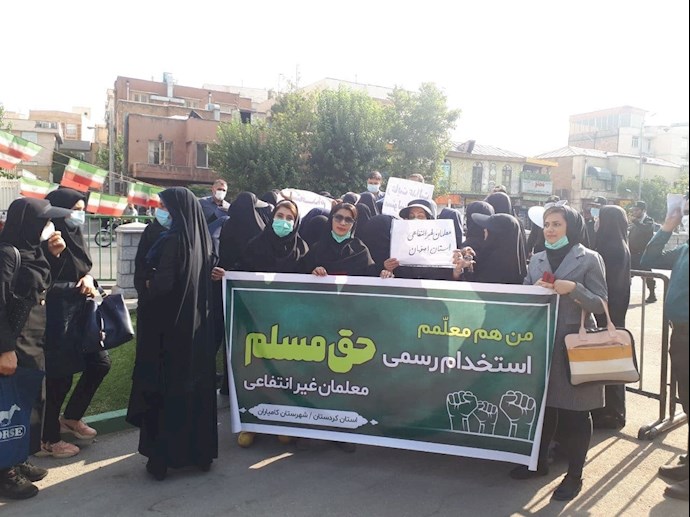 For almost three weeks, people from all walks of...
News on Iran Protests & Demonstrations

The Iranian regime’s leadership has reacted to the ongoing...
News on Iran Protests & Demonstrations