Iran should extradite or try alleged plotter: US 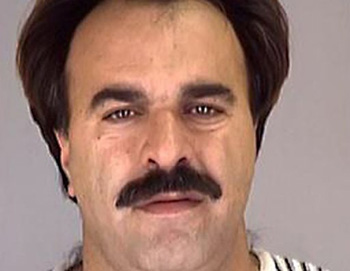 The State Department also said it was supportive of Iranian consular visits to the other main suspect in the apparent plot, Iranian-American dual national Mansour Arbabsiar, who is currently being held in a US jail pending trial.

Arbabsiar, a used-car salesman living in Texas, is alleged to have tried to contract a Mexican drug cartel to assassinate the Saudi ambassador, Adel al-Jubeir, possibly through the bombing of a Washington restaurant.

But, according to US officials, Arbabsiar’s contact in the cartel was a paid FBI informant who raised the alert.

The complaint against Arbabsiar alleged that high-ranking officials in the Revolutionary Guards’ elite Quds Force transferred nearly $100,000 to the informant’s bank account as a downpayment for the $1.5-million-dollar hit.

The man US officials say was Arbabsiar’s face-to-face contact in the Quds Force, Gholam Shakuri, alleged to be an aide to Arbabsiar’s cousin, was also charged with trying to murder a foreign dignitary with a “weapon of mass destruction.” It is Shakuri, who is still believed to be in Iran, who Washington says should now be extradited or face trial.

“According to the international convention on protected persons, Iran’s government has a choice to either extradite this person or submit the case for prosecution on its own. We leave it to them to take action,” State Department spokesman Mark Toner told a press briefing.

Iranian officials and leaders have fiercely denied any involvement in the alleged plot, calling it an attempt by Washington to divert attention from domestic economic woes and foreign policy failures in the Middle East.

Iran has sent a letter to US authorities via the Swiss embassy in Tehran asking for information about Arbabsiar, who is accused of being at the center of the alleged plot.

It also demanded consular access to the suspect, although Washington has yet to receive the note from Tehran, according to Toner.

Iranian Foreign Minister Ali Akbar Salehi said on Monday that Iran was “ready to examine” the information behind the US accusations.

Reuters: The United States urged Iran on Tuesday to...