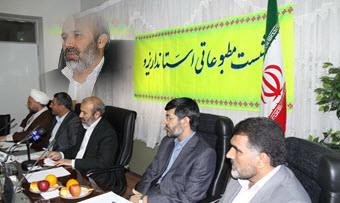 Fallahzadeh was in a vehicle that was hit by a mortal shell and transferred to Tehran for treatment the following day, said the report on 14 April. Iran has committed 60,000 IRGC and foreign militia fighters to the Syrian Civil War, aiding Syrian President Bashar Al-Assad, according to the opposition National Council of Resistance of Iran (NCRI).

There were also reports that five IRGC fighters with the foreign operations Quds Force were killed in Syria on 15 and 16 April:

Some analysts say the IRGC has been expanding into parts of Syria that have been vacated by Russia due to its fears that the Free Syrian Army will gain the upper hand as was prior to September 2015. Aleppo, Syria’s largest city, has been gripped by conflict since 2012.

By Jubin Katiraie The latest reports from Iran indicate that...