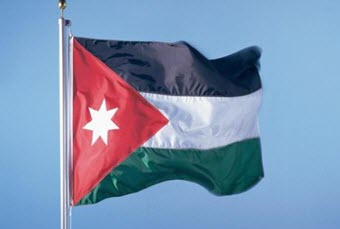 London, 20 Apr – Jordan recalled its ambassador in Iran to protest the Iranian government’s interference in Arab countries’ affairs. A report from Petra, the official Jordanian state news agency, on Monday quoted the Jordanian government spokesman and State Minister for Media Affairs Mohammad Momani as saying the diplomat was called back for “consultations”.

In a statement Momani said that after the Iranian government and the P5+1 countries reached a nuclear agreement, Tehran was taking positions antithetical to Jordan’s and not respecting basic principles of good neighbourliness. This was compounding the instability of the region.

Jordan protested the attacks on the Saudi Arabian embassy in Tehran in January, saying it was the latest offence of a long-standing policy of interference:

“On the eve of the blatant attack against Saudi Embassy in Tehran and its General Consulate in Mashhad, Jordan’s Ministry of Foreign and Expatriate Affairs summoned the Iranian ambassador to Jordan and informed him the Kingdom’s strong condemnation of assault

Jordan stressed that attacks on the Saudi embassy and consulate constituted a flagrant violation of international conventions, mainly the Vienna Convention on Diplomatic Relations, and asked Iran to completely stop interfering in Arab affairs.”

Maryam Rajavi, of the National Council of Resistance of Iran (NCRI), stressed in a recent interview with the Asharq al-Awsat that it was a main pillar of the Iranian government’s position to maintain this position. Indeed the Iranian government did not respond to the demands made by Jordan nor the statements of the Council of the Arab League and the Organisation of Islamic Cooperation and continued its actions without change.

Shahin Gobadi of the National Council of Resistance of Iran (NCRI) welcomed the decision of the Jordanian government to recall its ambassador. Gobadi called on all countries in the region to sever ties with the government he described of the “godfather” of exporting Islamic extremism and terrorism.

“Meddling in the affairs of other countries and fomenting Islamic fundamentalism has been a pillar of the clerical regime since its inception, and there is no difference between various factions of the regime towards this objective”, said Gobadi of the Foreign Affairs Committee of the NCRI.

Gobadi added that in reality the Iranian government was facing an unprecedented rejection within Iran in addition to the regional community.