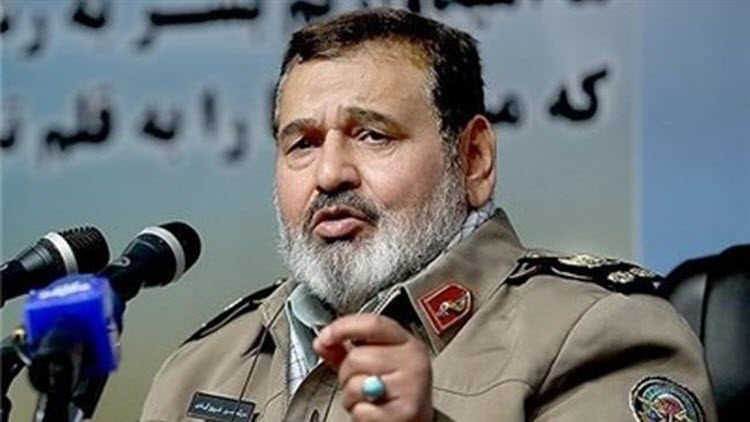 Washington, 23 May – Iran is consistently expanding its involvement in Syria’s civil war, which has caused severe loss of life and created barriers to peace in the Middle East.

The Iranian Revolutionary Guards Corps (IRGC) have dispatched more than 60,000 troops including 8000 Quds Force members, according to a member of the Iranian opposition who also said that Tehran sent their 65th Nohed Brigade, an army regiment made up of its own Green Berets.

This is their first mission in 27 years, which goes a long way to proving how intrinsically linked Iran is with the Bashar al-Assad regime and how desperate they are to prevent Assad’s downfall.

Major General Hassan Firouzabadi, the Iranian military chief of staff, visited Damascus on 30 April to take command of all Iranian, Lebanese Hezbollah and Syrian forces fighting across the country.

According to Shahriar Kia, writing on The Hill, this reinforces the notion that Iran views Syria as its 35th province and that defeat there would strike a blow for the Iranian regime.

Kia, a press spokesman for residents of Camp Liberty, Iraq, and members of the People’s Mujahedin Organization of Iran opposition group (PMOI/MEK), said: “Iran’s intervention in Iraq and Syria is the root of this entire dilemma. If peace is sought in both Iraq and Syria, the Iranians must first and foremost be evicted”.

Iran’s meddling in Syria has led to a rising number of casualties with thousands of Iranian troops being killed and wounded, including the death of 40 senior IRGC officers.

Due to falling morale in the army, Iran has resulted to using child soldiers.  The IRGC produced a propaganda video encouraging teenage boys to join the army.

Brian Booker at the Digital Journal wrote: “UNICEF has already noted that children were used to the Iraq-Iran war, primarily as mine sweepers sent out ahead of regular troops. It has been alleged by the [Iranian opposition] NCRI and other international groups that tens of thousands of children were used as minesweepers and in other dangerous roles. Children, in this case, were seen as more expendable than regular troops, and thus more fit for minesweeping duties”.

Iran is also planning to deploy Afghan refugees fight in Syria. There are currently over 1.5 million Afghan refugees in Iran, up to 1 million of whom, do not have registration documents and are unemployed.

Iran tried to defeat the Western-backed Free Syrian Army at Aleppo but failed. They are further threatened by Russia’s negotiation with the US, as without backing from Moscow they are significantly less powerful.

The West’s appeasement policy towards Iran has been a strong contributor to the rise of ISIS (Daesh) and the instability of the Middle East, Kia argued.

Kia said: “To this end, Europe is facing the largest refugee crises from World War II onward. And yet, all signs indicate the Syria conflict is spiralling out of control with no end sight”.

He continued: “The West needs to finally come to this understanding that the political and humanitarian crisis in Syria can only be resolved by sponsoring the urgent removal of Bashar Assad from the throne”.

He urged Barack Obama to tackle the issue during his last months as US president, rather than leaving it to the next administration.