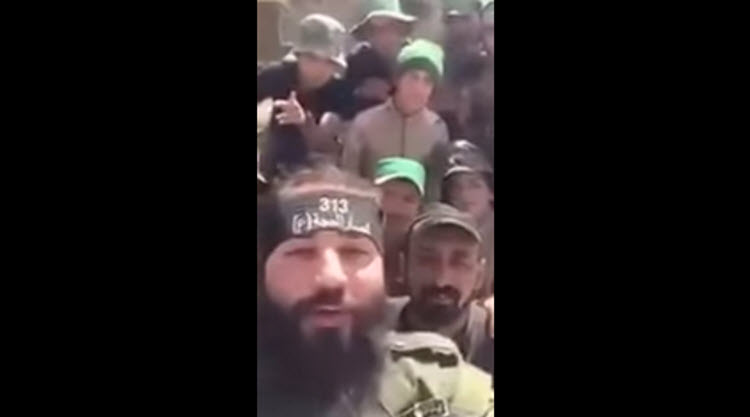 London, 12 Jun – On Wednesday 8 June, Al-Arabiya News reported that a video has been published on social networks showing the presence of Iranian Revolutionary Guard forces in the Battle of Fallujah in Iraq.

One of the soldiers, that seem to hold a cell phone in his hand, turned the front camera of the cell phone to his side and started capturing videos of army forces behind him.

He then said in Persian: “It is Friday afternoon and we are in the mission to liberate Fallujah. I am an Iranian.” Then the group began to chant sectarian slogans.

Al-Arabiya reported that the presence of Iraqi Shia militants in Fallujah mission has raised so many protests. Continuous reports present the violation of rights, the execution of fugitives and bombardment of the city by which a large number of civilians have been killed. Therefore, escalated demands have been made to keep away the militants from Fallujah mission.

Previously, the presence of the head of Iran’s Revolutionary Guards Quds Force, Gen. Qasem Soleimani, in one of the Fallujah’s fronts sparked numerous protests by locals.

Al-Arabiya added: The released photos of Iranian Revolutionary Guard forces in the battle of Fallujah and the concern for a break out of a full-blown sectarian war led to an intensification of the protest movements.