Iran: Revolutionary Guard Commanders and Regime’s Parliamentarians Oppose The UN Convention on Rights of the Child 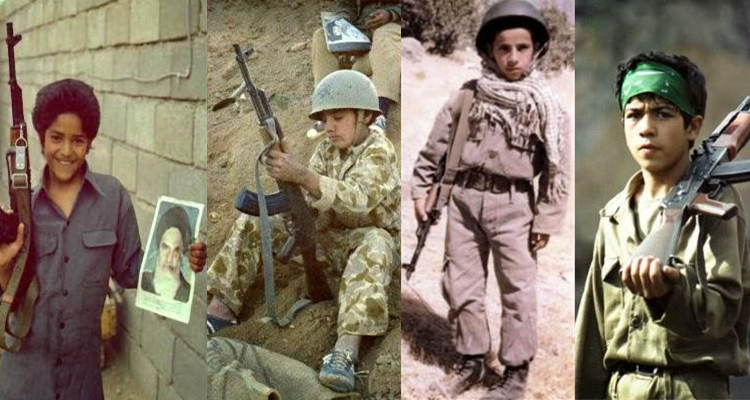 London, 3 October – The United Nations Convention on the Rights of the Child, which came into effect on April 14, 2014, is a human rights treaty, setting out the civil, political, economic, social, health and cultural rights of children. It defines a child as any human being under the age of eighteen, unless the age of majority is attained earlier under national legislation.

However, in Iran, the Revolutionary Guard’s General Mohammad Reza Naghdi, and some members of Iranian regime’s parliament, have announced their opposition to the bill, stating that joining this convention will lead to closure of the Student Basij. (Regime’s paramilitary force)

In an interview with The state news agency, Basij News, on September 26, Naghdi said, “This is against the Islamic law according to which a person has a duty to fight upon reaching the age of puberty (in Iran 9 years old for girls and 15 years old for boys) whereas joining this convention is prohibiting a Muslim from doing his responsibility.”  He continued, “This is by no means possible that we ask millions of young people who are ready and organized to defend their country, to put their guns down and put their trainings away and go sit at their houses. This is a retreat and our Basijies will never retreat.”  He also called joining the Convention on the Rights of the Child “totally irrational,” adding, “there is no reason we voluntarily do something that we are not obliged to.”

Revolutionary Guard’s, Ali Fazli, Deputy to Naghdi in Basij, asked the parliament to reject the bill on joining the Convention on the Rights of the Child.  He said that joining the convention is like “surrendering our power and start begging instead.” He added: “We had 36,000 student martyrs who were allowed to go to the front line when they reached their puberty.”

Also hostile to allowing the 36,000 student martyrs “put their guns down” are several of the regime’s parliamentarians such as Akbar Torki, Javad Hosseini Kia, and Hossein Ali Haji Deligani, anddelegates of Faridan, Songhor City, and Shahin Shahr City.  All have announced their opposition to the bill, saying that it will restrain the activities of the Student Basij.

By Pooya Stone In November, “an absolute world war...