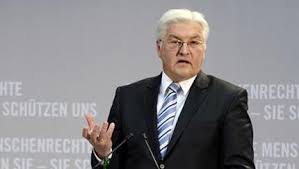 London, 27 October – Iran has yet again tried to defend its actions in Syria, where it props up the Bashar al-Assad Regime and helps to slaughter the Syrian Resistance forces.

At a ceremony to commemorate the members of Iranian military force, the Iranian Revolutionary Guards Corps (IRGC), who have died in the Syrian Civil War, Mohmmad Ali Jaafari, head of the IRGC described the murder of innocent civilians as “defending the sanctity of the leader and revolution”.

He also admitted that Iran wants to expand its influence in the middle east.

The mayor of Tehran, Ghalibaf, admitted that the Iranian people hate the war which oppresses their Syrian neighbours and ransacks the Iranian treasury but he still backed the military aggression.

Nategh Nouri, head of Khamenei’s special inspection bureau, dismissed the people’s protest against Iran’s involvement in the Syrian Civil War and tried to spin it as protecting Iranian borders.

The head of the Iranian Parliament, Ali Larijani, said that the Regime’s policy gave Iran more power and more security.
This may be true but only because the export of terrorism destabilizes the other Arab countries.

The National Council of Resistance of Iran (NCRI) has hinted that the IRGC fears that the war has taken too long and that following the US presidential election, the international community may turn against the regimes in Iran and Syria.

The Secretariat of the NCRI said: “All indications suggest the regime is facing an impasse in Syria. In spite of dispatching huge number of IRGC forces and mercenaries to Syria, and spending billions of dollars of assets of deprived people of Iran in Syria, and despite the fact a big number of IRGC commanders have been killed in Syria, there is no prospect for the regime to get out of Syria’s crisis.”

Reuters: The Iranian rial slumped on Saturday to a...