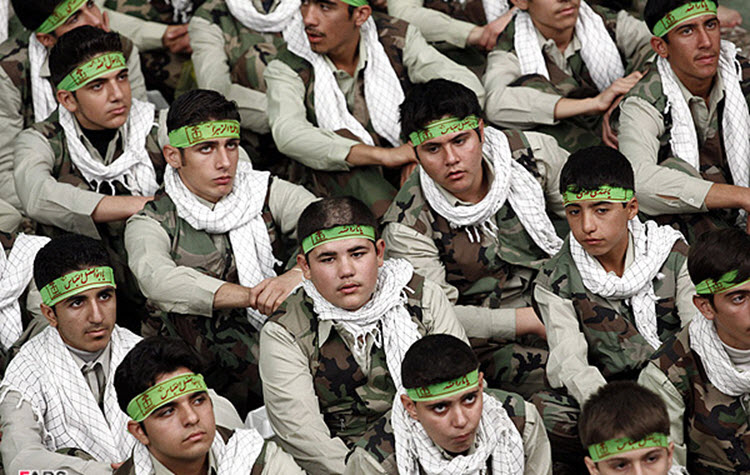 London, 8 Dec – The Basij Mostazafan performs the same role in modern-day Iran as the Brown Shirts (Storm Battalions) did in Nazi Germany, at least according to an expert in middle eastern politics.

Tony Duheaume wrote on Al Arabiya that the paramilitary Basij forces are brainwashed to obey even the most fervent ideologies of the Fuhrer…sorry Supreme Leader, including that it is their religious duty to protect the Iranian Regime at all costs; as a result, they violently attack ‘enemies of the state’, mostly peaceful protesters and improperly veiled women.

Duheaume wrote: “The culture of martyrdom and death has been infused into Iranian society in various ways by the all-powerful clerical regime, since the early days of the revolution that overthrew Mohammad Reza Pahlavi, the Shah of Iran.”

He notes that after seizing power in 1979, Iran’s Supreme Leader, Ayatollah Ruhollah Khomeini, purged the military and groups that had supported his insurgency after realising they had replaced one dictator with another. He formed the Iranian Revolutionary Guard Corps (IRGC) – an elite military unit kept directly under his control – to take down his enemies.

However, since the IRGC would not always do as the Supreme Leader wished, Khomeini created the Basij militia from the most devoted of IRGC soldiers.

Duheaume wrote: “They have acted as the regime’s attack dogs, and are nothing more than a suicidal band of zealots, who have never had any qualms about going against their own fellow countrymen during any form of public protest.”

He writes that in 1994, the IRGC refused to open fire on protesters in Qazvin and so the Basij did instead. They killed 40 people and injured over 400.

The Basij have only ever passed basic firearms training but the important thing to Khomeini is their loyalty and the speed at which they could pass through training.

AFP: A male defender of the feminist cause in...

Reuters: The Iranian embassy in London released a second...