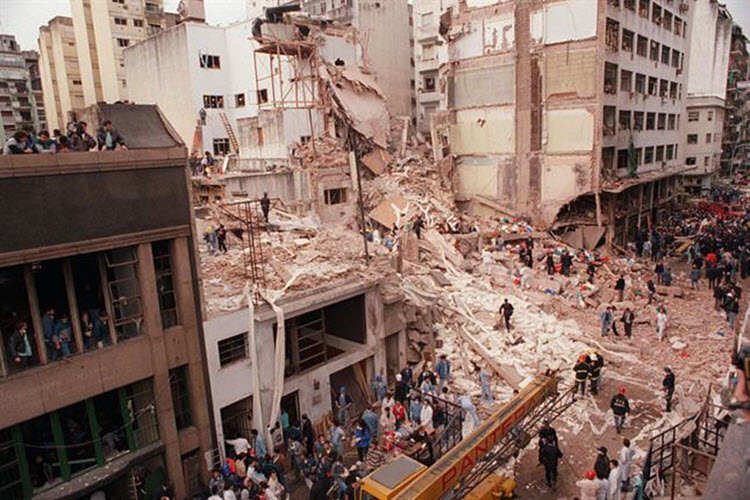 London, 30 Dec – An article in the Guardian, published December 29 reports on the renewed investigation by an Argentinian court on Thursday into a prosecutor’s accusation that former president Cristina Fernández de Kirchner covered up the alleged involvement of Iranians in a bombing that killed 85 people.

The attack was perpetrated on a Jewish community center in Buenos Aires in 1994 wounding hundreds.

A request by a coalition of Argentinian Jewish associations to re-examine the charge against Fernández, her foreign minister Héctor Timerman, and other officials in her government, was accepted by the country’s top criminal tribunal.

Prosecutor Alberto Nisman made the initial charge against Fernández on January 14, 2015. He was found dead with a gunshot to the head four days after accusing Cristina Fernández de Kirchner of hiding the alleged involvement of Iranians in 1994 attack. Whether he was killed, or took his own life, was never determined by the authorities.

Iran has declined to turn over the suspects in the case and denied any connection with the attack.

Fernández, who was president from 2007 to 2015, has denied wrongdoing in the case. She blames the accusation on the bias of judges following the orders of her successor, President Mauricio Macri, who took office in December 2015.

The secretary general of the delegation of Jewish organisations, Santiago Kaplun, welcomed the court ruling, telling the Todo Noticias cable TV channel, “We are very hopeful.”

The ruling adds to the legal complications facing the former leader. A federal judge approved charges of illicit association and fraudulent administration against Fernández on Tuesday.

Fernandez denies wrongdoing in that case.