Iran becoming even bolder at sea 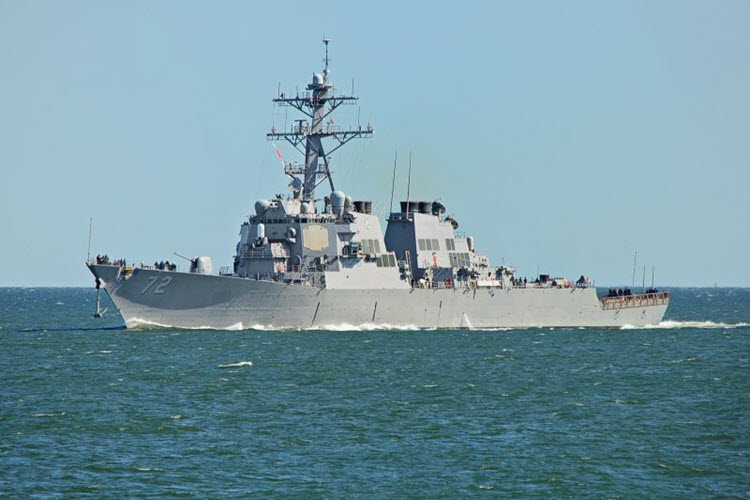 London, 4 Feb – Troubling encounters between the United States and Iran are increasing, claims the commander of an American destroyer that recently had to fire numerous warning shots to Iranian boats.

Cmdr. Mark Davis, the commanding officer of the USS Mahan, said on Thursday that in 2015 the number of “unsafe and unprofessional” interactions was 23. Last year this number rose to 35.

He told the Associated Press that he follows international sea norms and laws. “We tend to abide by the international rules of the sea and also the international norms and laws. And part of that is: if you’re closing a vessel that you’re supposed to, you know, establish communication, let them know what your intentions are and then you come to an agreement as to how you’re going to pass so that it’s not unsafe and does not make people nervous.”

Last summer, there were four unsafe and troubling interactions during one single week.

Cmdr. Mark Davis said that it was within reason to do this because all boats should be expected to respect and follow the international norms and laws.

Davis added that the actions of the Iranians were regarded as “unsafe and unprofessional” by the U.S. Naval Forces Central Command.

Already this year there have been eight interactions between the Iranians and the USS Mahan. The most recent one was regarded as unsafe.

At the beginning of 2016, the Iranian Revolutionary Guards (IRGC) took ten American Navy soldiers after the US vessel drifted into Iranian waters. The incident took place near Farsi Island in the Persian Gulf. The soldiers were released the next day.

Reuters: Russia and the United States put aside bitter...

AFP: Iran is pinning its hopes on the success of...