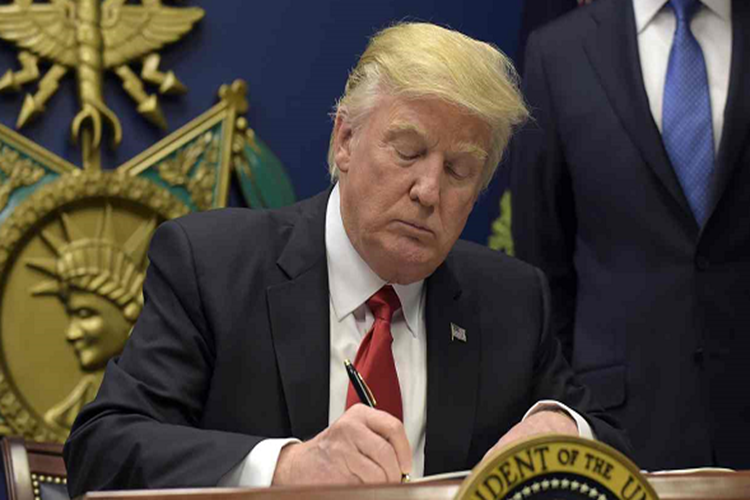 London, 9 Feb – Last Friday the United States imposed more sanctions on Iran as a response to its test-firing of ballistic missiles. The following day Iran launched more long-range missiles. US President Trump put Iran “on notice” and Foreign Minister of Iran Javad Zarif claimed that Iran “will never use our weapons … except in self-defense”.

The Foreign Minister’s claim is a lie because the country has and continues to use weapons in Syria. Iranian weapons, forces and actions have caused the death of thousands upon thousands of Syrian civilians and forced millions to leave their homes.

Because of hostile actions by the Houthis that are backed by Iran, the United States has had to send warships to patrol and protect the Yemeni coastline.

President Trump is in a position to stop the Iranian regime in its tracks and it seems like he has identified Iran as the main source of conflict in the Middle East.

A few years ago, Secretary of Defence James Mattis, also said the same. “It’ll be the biggest strategic setback for Iran in 20 years when Assad falls.”

The regime seems to understand this too as an official close to the Supreme Leader said in 2013 that “if we lose Syria, we will not be able to preserve [the Iranian capital] Tehran.”

Iran’s role in Syria is enormous. It has had a presence there since the beginning of the Syrian civil war. The war is horrific and the global refugee crisis that it has resulted in needs to end. To put a stop to it, President Trump must evict Iran from the country.

Experts believe that the refugee crisis will go on for as long as Iran is in Syria – visa bans and diplomatic measures are pointless. Many of the people that left Syria have done so permanently with no intentions of ever returning to the country because of ethnic cleansing.

One year ago, the Western media drew our attention to the case of Madaya – a small town where children were dying of starvation. It was reported that some of the children pictured in the media came from neighbouring areas and were forced there as part of a sectarian cleansing operation supported by Iran.

Iran has displaced millions of Syrians with the aim of expanding its regional power. First with ethnic cleansing and then with the implantation of its fighters from abroad.

So, President Trump’s visa ban was never going to work anyway. Iran’s ethnic cleansing needs to be stopped and Trump can facilitate this. Trump and Congress have the possibility of passing bills to address the human rights situation in Syria and they can work together to stop Iran’s destabilising actions.

Trump can also ensure that sanctions are placed on the militias that Iran has scattered across the region. Addressing Iran’s links with Hezbollah and other terrorist groups is a start. The refugee crisis is clearly high on Trump’s agenda, so stopping Iran will help in addressing this.

Reuters: Iran's assertion that it has side-stepped some international...

AFP: Iran is taking a controversial exhibition of cartoons...