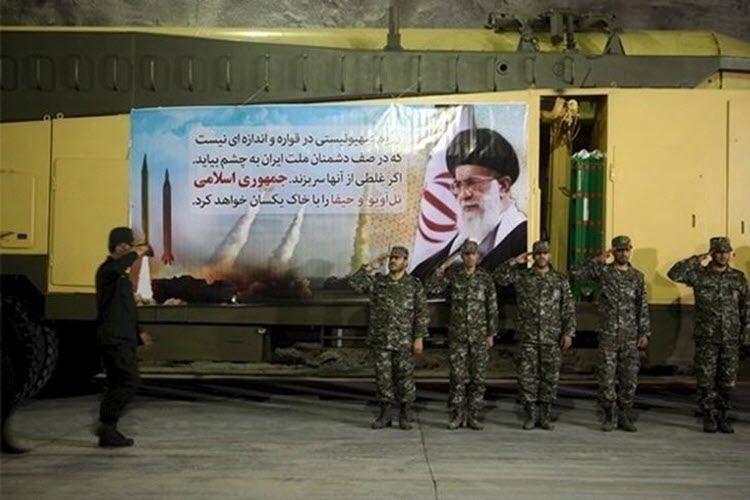 London, 9 Feb – The US Treasury Department announced last Friday that more sanctions are being imposed on several Iranian entities and individuals.

Undoubtedly this was to send a message to Iran that its terrorism, oppression at home and ballistic missile testing will not be tolerated.

Those on the receiving end of the sanctions are either in some way involved with supplying materials or technology for Iran’s ballistic missile program or provide support to the IRGC – Iran’s Islamic Revolutionary Guard Corps.

Hopefully these latest sanctions will be the start of growing liberal democracy in the country. The Iranian regime is a theocratic dictatorship. The parliament is heavily influenced by the Supreme Leaders and ayatollahs that select themselves.

The country’s military is controlled by the IRGC. The IRGC also controls a large portion of the economy. Elections are a sham – the votes are ignored if they are not what the leaders want and the people of Iran who are calling for democracy are shamelessly oppressed by the regime.

There are many activities that the IRGC are involved in that indicate terrorism. However a study carried out by the Meir Amit Intelligence and Terrorism Information Center should provide more than enough evidence for the IRGC to be designated as a terrorist organisation. The research about the commander of the IRGC’s Quds Force is entitled “Portrait of Qasem Soleimani”.

For the past 5 years the IRGC has been enlisting Shiite volunteer fighters from Afghan refugee camps in Iran, targeting some of the most desperate people in society and exploiting their paperless status. Terrorist networks have been instigated by the IRGC in many areas of the Middle East including the Golan Heights. In 2015, the IRGC was involved in a rocket attack in which four rockets were sent to Israel from Golan.

Last year the IRGC supported Hezbollah in its construction of military installations in Syria, which many believe are to be used in a future war with Israel.

The IRGC is also heavily involved in the Syrian civil war. Experts say that Afghan refugees are being sent to fight in Syria, and the IRGC has been involved in terrorist attacks on civilian areas in Aleppo. It is trying to keep the Syrian war going for as long as possible because Syria is essential to the future of the Iranian regime. In 2013, a former commander of intelligence for the IRGS said: “Syria is our 35th province, and is a strategic province for us. If the enemy attacks us and seeks to take Syria or Khuzestan [an Iranian province], our priority would be to keep Syria, because if we keep Syria, we can retake Khuzestan. But if we lose Syria, we cannot keep Tehran.”

Will it help to designate the IRGC a terrorist organisation? Well, it is likely that the IRGC will become weaker as a result. The leader of the IRGC, Qasem Soleimani, has had free reigns for too long, so a challenge to his power will weaken him and then the group as a whole. The regime may split, giving way for a rise in democracy. It will also send a clear message to the Iranian regime that the United States is no longer appeasing Tehran – the golden years of the Obama administration are finally in the past.

Reuters: The commander of U.S. forces in Iraq, Gen....