Has Iran finally got the message that its nefarious behaviour will no longer be tolerated? 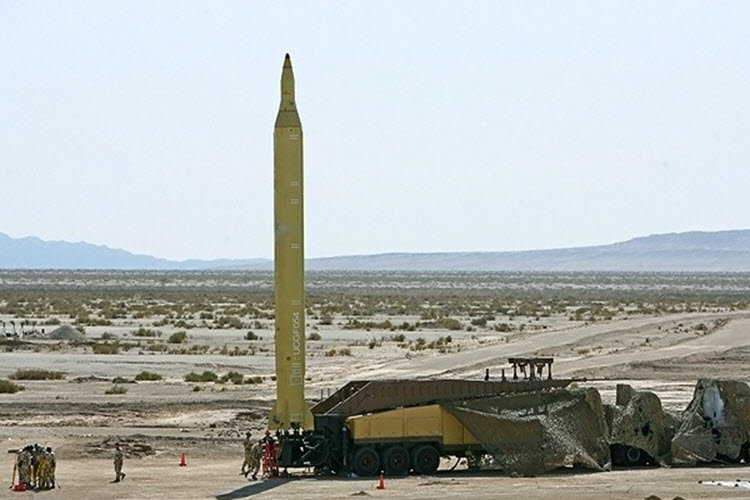 London, 9 Feb – It has been reported that Iran has suddenly moved a missile that was being prepped for launch.

Satellite imagery showing this has been verified by US government officials.

The weapon in question was a long-range Safir missile which is similar to the one the country launched into space two years ago. They have the same components that would be used on an intercontinental ballistic missile.

In the satellite images, a spell of activity is noted around the launchpad. The weapon was first spotted on Friday 3rd February and, on this same day, the increased activity was noticed.

By Tuesday 7th February the missile had disappeared from sight.

Does this indicate Iran’s newfound cautious approach? Is it the Iranian regime’s reaction to the new sanctions that were just announced by the US?
Iran boldly, and against UN Security Council resolutions, test-fired a ballistic missile on Sunday 29th January. It was a new model of medium-range ballistic missiles that could reach anywhere in Europe.

Following this breach, the United States announced that Iran was being put “on notice”. On Friday 3rd February, it was announced that 25 entities and individuals would face sanctions because of their involvement with the country’s ballistic missile program.

During what the Iranian regime must regard as the ‘golden years’ of Obama, the mullahs were left to do what they want safe in the knowledge that they would never face consequences for its destabilising activities, despite any threats Obama made.

The Obama administration often acknowledged Iran’s activities and breaches of the Iran nuclear deal but it always turned a blind eye. President Trump made it clear that he will not ignore it.

Has Iran finally got the message?

AP: A state-owned Chinese bank that had agreed to...