Iran’s terror squad the IRGC should be punished 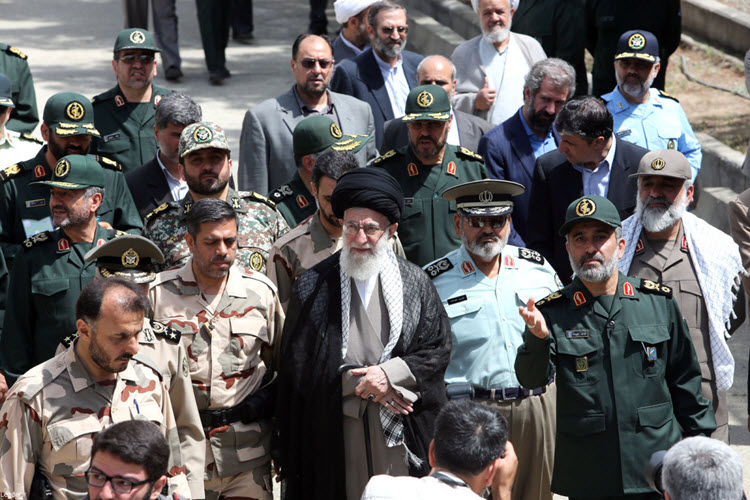 London, 21 Feb – Iran has seen fit to test Donald Trump’s resolve in the days since his national security advisor, Micheal Flynn, left the White House and their terror squad should be punished for it.

The Iranian Revolutionary Guards Corps, which are effectively the Iranian Gestapo, should be punished by the Trump administration for its flagrant violations of the 2015 nuclear deal, according to political scientist Ariel Cohen on The Hill.

Cohen suggests that the White House roll out sanctions not just to Iran but also to the companies in Russia and China that helped facilitate Iran’s nuclear weapons programme.

He also suggested upping the military defence force in the middle east to fight back against attacks as well as helping our middle eastern allies defend against the Iranian invasion.

He noted that Russia came to Iran’s defence claiming that the missile launch did not violate the UN Security Council resolution. Russia and Iran are firm allies, with Iran allowing Russia to use its airspace to launch airstrikes on the Syrian people.

Following the first missile test, Flynn put Iran “on notice” and the US Treasury extended sanctions against another 25 Iranian companies and individuals.

Iran responded with a second test.

Cohen wrote: “So, what can the Trump administration do? As it is being tested by bullies, the administration needs to show the perpetrators the limits of their disruptive behaviour, and the U.S. allies need to be called to help. This means it is Washington’s turn, too, to test its allies. It also needs to reach out to Moscow and Beijing.”

He also called on European countries to stop trading with Iran as that extra money gets funnelled past ordinary Iranians and straight into the nuclear budget.

He wrote: “The IRGC, which runs the missile testing and production, as well as the nuclear program, need all their numerous businesses sanctioned – inside and outside Iran. This should include IRGC leaders, their family members, and their businesses.”

He calls for sanctions against any company that does business with Iran’s military proxies, such as Hezbollah and the Houthi rebels.

How Iran is giving oil sanctions the slip