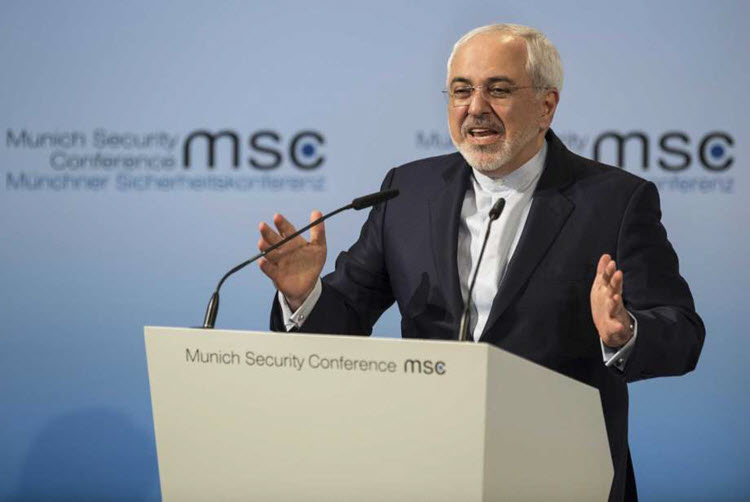 London, 21 Feb – The Iranian Foreign Minister, Javad Zarif, gave a speech at the Munich Security Conference (MSC) on February 19, in which he claimed that “we live in the post-Western global order”.

Zarif said that because of this ‘post-Western’ age, the zero-sum approach no longer works.

In this, he suggests that the West (and more specifically the US) no longer holds political, economic and military power and that in order to prevent terrorism and maintain security, the global community must negotiate with Iran.

The bloodthirsty Iranian Regime is the world’s leading state sponsor of terrorism, especially in Syria, and has consistent and immense human rights violations in Iran.

The Media Express said: “Iran’s hollow diplomatic bolster at MSC, is a timid reaction to the current US administration’s vision to stand up to Iran and the threat of regime change.”

At the same conference, the Saudi Arabian Foreign Minister, Adel Al Jubeir, was blunt in response to Zarif’s comments.

He noted that Iran’s constitution requires the export of their ‘revolution’, which is actually another word for Islamic terrorism.

Al Jubair asked: “How can we deal with a neighbour whose objective is to destroy us?”

Iran high on the agenda for Olmert’s Berlin talks

Reuters: Prime Minister Ehud Olmert plans to use a...

Washington Post: Iran is secretly trying to set up...