Why Did Iran’s Biggest Enemy Visit Its Strongest Ally? 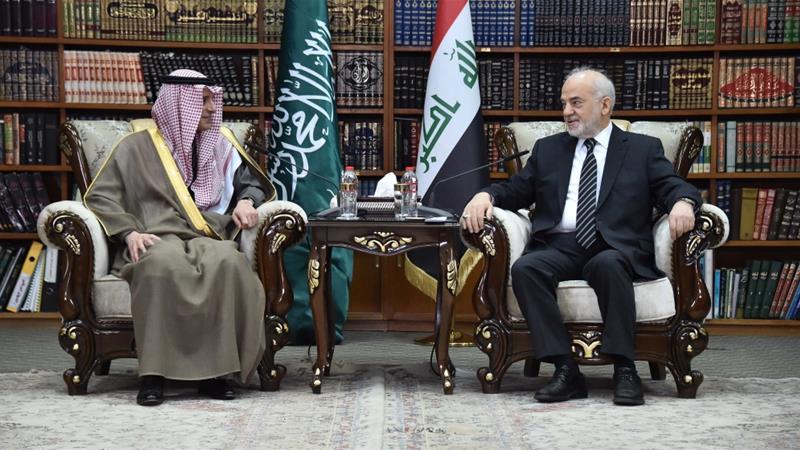 London, 3 Mar – Foreign policy in Saudi Arabia is advancing and its Foreign Minister Adel al-Jubeir has been planning in the region and further afield.

Al-Jubeir made a surprise visit to Baghdad at the end of February – the first official visit to the country since 2003. The purpose of the visit was to mend relations between Iraq and Saudi Arabia.

He said: “It’s the hope of the Kingdom of Saudi Arabia to build excellent relations between the two brotherly countries. There are also many shared interests, from fighting extremism and terrorism [to] opportunities for investment and trade between the two countries.”

The visit was of particular interest vis-à-vis Iran because it was Iran’s biggest rival visiting Iran’s closest ally. Saudi Arabia has spoken out against Iran at every chance it has had – especially in recent months.

Optimists believe that the kingdom is reaching out to Iran’s potential rapprochement with the Gulf States. If this was the case it would bring more stability to the Middle East, but it is very unlikely that this is why al-Jubeir was in Iraq.

Saudi Arabia will not pursue rapprochement with Iran without numerous concessions. Considering al-Jubeir’s comments at the recent Munich Security Conference, it is highly unlikely that he visited Iraq to get closer to Iran.

The more likely reason for the foreign minister’s visit to Iraq is that plans to isolate and confront Iraq are taking shape. Al-Jubeir managed to align some Arab countries and Turkey against Iran, so Iraq could be next on the list.

One official comment about the visit that was very telling was from the Iraqi foreign ministry who said al-Jubeir had indicated that Iraq’s impartiality could lead to rapprochement between Iran and the kingdom.

Al-Jubeir has been very clear in the past, most recently at the Munich Security Conference, that any attempt towards rapprochement with Iran is pointless and in vain. Although it is unlikely that any Saudi official would be able to align Iraq against Iran, it is possible that relations are neutralised.

The former editor of Asharq al-Awsat, Abdulrahman al-Rashed, recently called on leaders of the Arab world to launch a military coalition to control Iran. He specifically called on the UAE, Egypt, Saudi Arabia and Jordan.

Al-Rashed believes such a coalition should be formed because of Iran’s spread of terrorism in the Middle East. He also pointed out, like the Saudis and Trump administration have said numerous times, that the Iranian regime has gained more power and a higher status as a result of the Iran nuclear deal.

He said: “Military cooperation, under any umbrella, is a good idea and a necessary step especially if expanded beyond that. Establishing an alliance to confront Iran is an essential balance to respond to its military alliance that includes Iraq and Syria.”

Recap of Atrocities in Iran During August 2021

Iran to buy 150 locomotives from Siemens