Russia Tries to Save Syrian Peace Talks After Iran’s Disruption 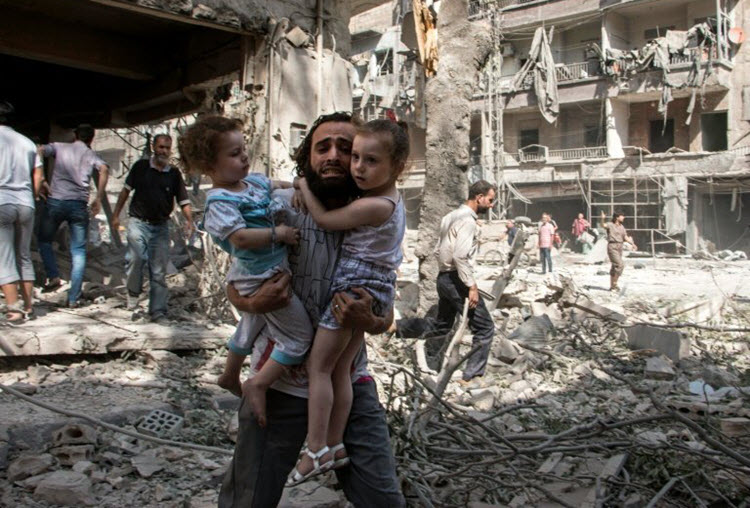 London, 2 Mar – Russia is trying to salvage Syrian peace talks but this is threatened by the Iranian Regime who could sabotage these peace talks, much like they have ruined previous attempts at peace.

In relation to the talks, President Vladimir Putin said: “Things aren’t going as smoothly as we would want.”

The main Syrian opposition group, the High Negotiations Committee, which is backed by many in the West, is demanding that Russia pressure Syria and Iran to observe the ceasefire.

HNC’s chief spokesman, Salem al-Muslet, said: “Iran never wants any solution in Syria, the way they act on the ground shows that they want this war to continue. Hopefully, the Russians will understand that there is a partner that does not want any political transition and they will put pressure on the regime to start the negotiations.”

Russia seized the opportunity to negotiate peace talks in Syria, following the collapse of the previous rounds of talks in 2016. Their officials said that they wanted to promote a new constitution for Syria, which would kerb Assad’s powers and implement term limits for politicians.

The HNC would be willing to discuss these measures but not until a genuine transitional governing body has been formed.

In December, Russia and Turkey negotiated a cease-fire that has been repeatedly violated by Assad and his allies. The ceasefire also did not include terrorist groups like ISIS and al-Qaeda, who have launched their own attacks.

There are currently 400,000 people in eastern Ghoutah outside Damascus who are considered ‘at risk’ by the UN.

Henry Meyer of Bloomberg warned Donald Trump to be wary about making allies with Russia, due to their close ties to Syria and Iran.

He wrote: “While new U.S. President Donald Trump has called for an alliance with Russia to fight the jihadists, he’s also branded Iran as the “number one terrorist” threat even as the Kremlin insists on including Iranian-backed and Assad forces in the anti-terrorist campaign in Syria.”

Alexander Shumilin, head of the Middle East Conflicts Centre at the Institute for U.S. and Canada Studies, a government-run research group in Moscow, said: “Russia is in a very difficult position, it’s being torn between its traditional partners, Assad and Iran, and its potential partners in the fight against Islamic State — Turkey and the U.S.”

The Syrian conflict has killed over 300,000 people since 2011, caused a refugee crisis across the middle east and Europe, and allowed ISIS to make inroads as the Syrian government was too busy trying to quell democratic resistance forces rather than fighting a terror group.

Shumilin said: “Iran and Assad are openly opposed to Russia’s more flexible stance, which it sees as necessary to involve the U.S. and its allies in a post-war reconstruction and secure an exit strategy for its military campaign in Syria. This is a source of major tension, how to bring in the opposition forces without alienating Assad and Iran.”

Iran says will hit Hormuz, US bases, Israel if attacked

AFP: The head of Iran's powerful Revolutionary Guards on...