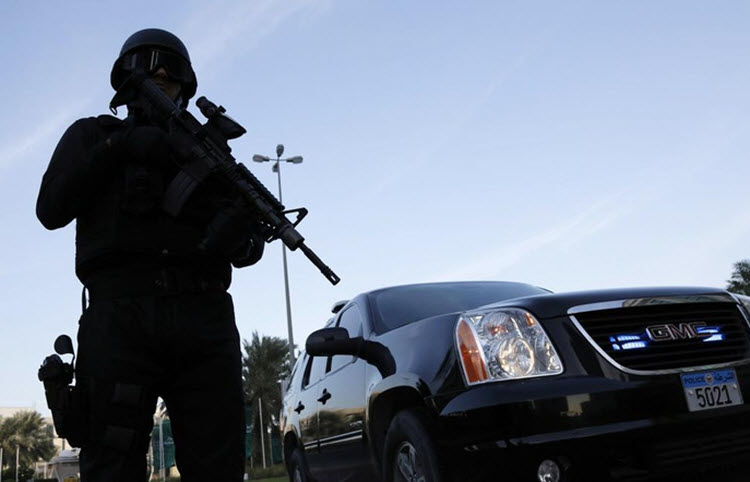 London, 5 Mar – On Saturday, Al Arabiya News Channel reported that Bahrain uncovered what it called a terrorist cell, arresting 25 individuals, and charging 16 others in absentia. They say that the cell has e carried out at least six operations inside the tiny island Gulf kingdom.

Sources told Al Arabiya News Channel, “The terrorist cell planned to assassinate security forces in Bahrain with coordination from Iran.” The source alleged that one of the individuals arrested confessed that the group has been receiving instructions from a leader in Germany who has been organizing their travel in and out of the country from Iran and Iraq.

During the security operation to arrest those belonging to cell, weapons, munitions and home-made explosive were found.

Bahraini writer, Sawsan Al Shaer, told Al Arabiya, “Some of the operations that were planned out and executed in Bahrain by this terrorist cell involved the recent Jaw Prison break and the failed attempt by some prisoners to escape Bahrain to Iran in recent weeks.” Al Shaer added, “Some of the confessions that were extracted from members of the cells said that some of the group’s militants received training from grounds in Iraq. This poses questions to the Iraqi government on what needs to be done to ensure that these terrorist elements in Iraq do not plan further operations in Bahrain,”