Multiple Crises Face the Iranian Regime on the Eve of Elections 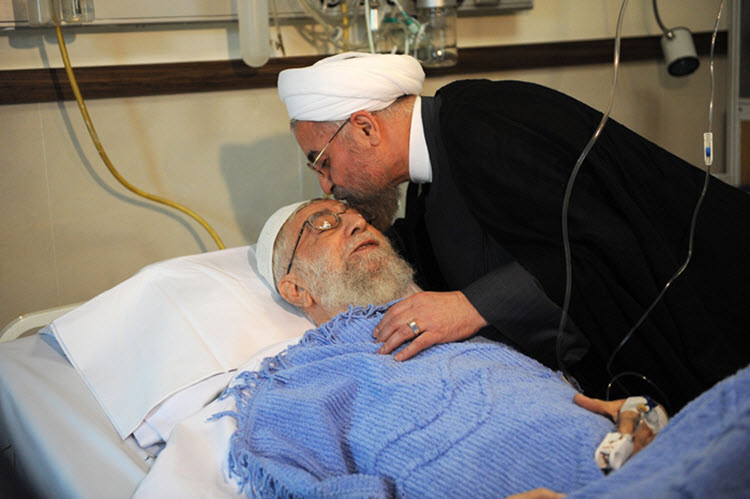 London, 5 Mar – Many crises face the Iranian regime just three months prior to elections. The dust storms in southwest Iran, are just one. The Munich Security Conference hit Tehran with some eye opening blows. Their interests seem in contrast with those of Russia, and their differences with Turkey are escalating. Perhaps most importantly, there is a new administration in Washington.

An article by Heshmat Alavi for The American Thinker talks about some of Iran’s problems.

Destructive desertification policies caused severe disruptions in water and power services and people pouring into the streets in major protests over the crisis in Ahwaz. Construction of dams, drying lagoons, and deep oil wells dug beneath underground water sources have resulted in catastrophic environmental disasters. All indications show that continuing this trend will transform two-thirds of Iran into desert in the next decade. 14 to 15 million people will experience not only dust storms, but also salt storms.

Iranian Foreign Minister Mohammad Javad Zarif faced a completely unexpected scene at the Munich Security Conference. U.S. Vice President Mike Pence described Iran as the world’s leading state sponsor of terrorism. Adel al-Jubeir, Saudi Arabia’s Foreign Minister, called the regime the source of threats and instability throughout the Middle East. Turkey said further that Tehran is the heart of sectarianism and spreads such plots across the region, and all traces in Syria lead to Iran’s terrorism and sectarian measures. It seemed that a international coalition had formed against Tehran, following a new administration in the White House. These developments are very costly for Khamenei and the entire regime. Even with talk of an Arab NATO, a coalition formed in the Middle East now will be against Iran’s interests.

Russia is reportedly supporting a safe zone in Syria. Russian Deputy Foreign Minister Mikhail Bogdanov said contacts have been made with the Syrian regime to establish safe zones in Syria, and this is the first time the Russians have spoken of safe zones in Syria. According to Alavi, “Russia certainly doesn’t consider Bashar Assad remaining in power as a red line, a viewpoint far different from that of Iran. Moscow is also ready to sacrifice its interests in Syria in a larger and more suitable bargain with the Trump administration over far more important global interests.”

While Ankara and Tehran enjoy an economic partnership, recently shifts in geopolitical realities have led to significant tensions. Turkish President Recep Tayyip Erdogan accused the regime of resorting to “Persian nationalism” in an effort to split Iraq and Syria. Turkish Foreign Minister Mevlut Cavusoglu used his speech in Munich to say, “Iran is trying to create two Shia states in Syria and Iraq. This is very dangerous. It must be stopped.”

Alavi writes, “Tehran considers Ankara’s soldiers in Iraq and Syria as a major obstacle in its effort to expand its regional influence. U.S. president Donald Trump’s strong approach vis-à-vis Iran and the possibility of him supporting the establishment of a Turkish-administered northern Syria safe zone may have also played a major part in fuming bilateral tensions between these two Middle East powers.” He adds, “Erdogan has obviously realized completely the new White House in Washington intends to adopt a much more aggressive stance against Tehran. This is another sign of changing tides brewing troubles for Iran’s mullahs.”

Reports have surfaced regarding Khamenei’s ailing health, as well as concerns about his successor. The candidacy of Ibrahim Reisi, current head of the colossal Astan Quds Razavi political empire and a staunch loyalist to Khamenei’s faction, is an indicator of this. Alavi writes, “With former Iranian president Ali Akbar Hashemi Rafsanjani out of the picture, Khamenei may seek to seal his legacy by placing Reisi against Iranian president Hassan Rouhani in the upcoming May elections.” Alavi adds, “This is literally Khamenei playing with fire, as Reisi is considered a hardline figure and such an appointment may spark 2009-like protests across the country, as the country has become a scene of massive social challenges. Rouhani himself doesn’t enjoy any social base support, especially after four years of lies and nearly 3,000 executions.”

The regime in a very fragile situation, with the internal crises of Ahwaz, the upcoming elections and significant international of the Iranian regime’s interests.

It’s impossible to tell what lies ahead, and this is making Khamenei and the regime extremely concerned. Alavi believes there is no need to use military force to inflict a significant blow to Tehran. Blacklisting Iran’s IRGC as a terrorist organization by the U.S.would accomplish it..

Bush refuses to rule out force against Iran

Iran: Women Heads of Households Are Victims of the Mullahs

In Iran over the past three years, Iran’s women...