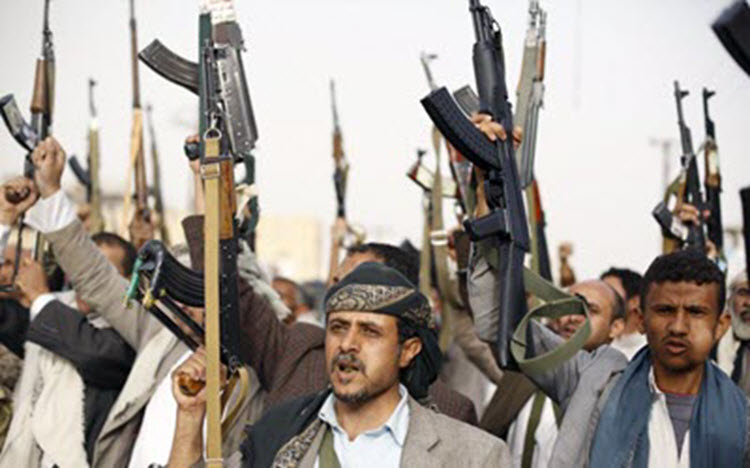 London, 4 Apr – In 2015, the Houthi takeover of the Yemeni capital Sanaa, represented the end of a peaceful uprising and the beginning of war, according to a leading middle east correspondent.

Abdulrahman al-Rashed, the former General Manager of Al Arabiya News Channel, wrote an op-ed on the Yemeni Civil War and Iran’s involvement in it for Al Arabiya.

He noted that ousted president Ali Abdullah Saleh still held control of the Yemeni armed forces, while Houthi rebels were taking orders from the Iranian Regime.

Saleh was one of the rulers that were toppled during the 2011 Arab Spring, in which the people of the middle east rose up against despots like Moammar Gaddafi in Libya, Hosni Mubarak in Egypt and Zine El Abidine Ben Ali in Tunisia.

After protests began in Yemen, the UN appointed an envoy to maintain peace and propose a political plan that the GCC, the US and Europe would agree to. The solution: establishing a democratic system through which a president and a parliament could be elected.

All Yemeni parties agreed and a temporary transitional government was put in place for 18 months, in order to draft a constitution and prepare for the elections. However, Saleh and the Houthis planned a coup, seized the whole of Yemen and arrested most ministers and political leaders.

This left the Gulf Cooperation Council (GCC) countries with only one option: confront Iran and their Houthi proxies. As a result, Iranian military men who were in the war zone were arrested and missiles on Iranian ships heading to Yemeni ports were seized.

al-Rashed wrote: “The Iranian links to the war could be traced since the beginning and Iran did not hide them because it viewed the war as regional. Iran believes that opening a front against Saudi Arabia in Yemen is part of the geopolitical balance in Syria and Bahrain’s conflicts. Although many observers have denied this possibility since the beginning and mocked it, they later admitted Iran’s involvement. What’s interesting is that Tehran had not even bothered to hide it.”

This confrontation was supposed to defend Gulf countries against Iranian expansionism, but two years on, has it worked?

al-Rashed wrote: “The war in Yemen, just like other wars in the region, is not a mere dispute among local groups. It is planned and funded by regional powers, mainly Iran, which appears determined to expand its influence and besiege its neighbours.”

He continued: “Unfortunately, the war was thus painfully imposed on the Yemenis and the Saudis. It is unacceptable to let the Iranian regime use Yemen as a base to attack the latter’s neighbour without militarily confronting it.”

AFP: Sudan's links to Iran came under scrutiny on...