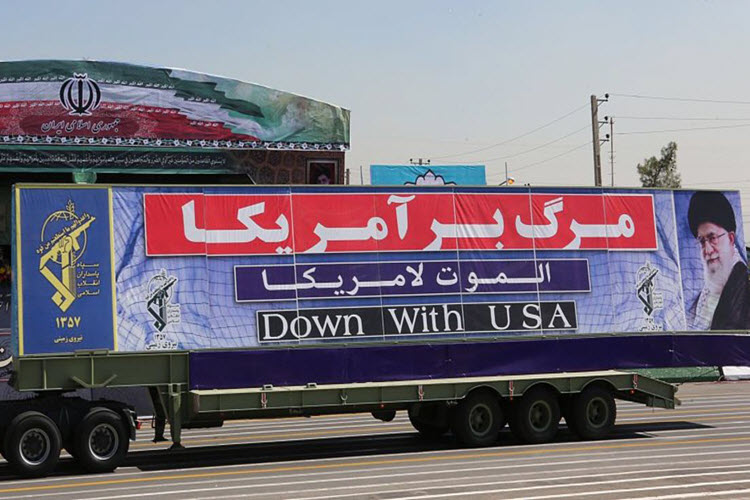 London, 4 Apr – The Iranian Regime has become comfortable since the nuclear deal was put in place; they now have nothing to gain from attempting to appease those in the West, so why shouldn’t they show their true colours?

Heshmat Alavi, a human rights activist, wrote an op-ed for Forbes stating that now is the time to increase pressure on Iran, just before their election process begins.

After all, the Trump administration have already made clear that the Iranian Regime is the number one state sponsor of terror, and James Mattis, the Secretary of Defence, stated that Iran is continuing its export of terrorism and support of proxy militias.

U.S. Ambassador to the U.N. Nikki Haley told the Council of Foreign Relations that America must speak up against the killings of people like Neda Agha Sultan, who was murdered by Regime forces during the 2009 uprisings in Tehran and address the Regime’s stranglehold on Syria.

Alavi wrote: “This is also a clear U-turn in comparison to the positions adopted by the Obama administration.”

CENTCOM chief General Joseph Votel described the regime as the main threat to peace in the middle east. He noted that there was no improvement to the Regime’s nuclear programme or it’s general behaviour since the nuclear deal.

While House Speaker Paul Ryan called for the Iranian Revolutionary Guards (IRGC), to be listed as a foreign terrorist organisation

Alavi wrote: “The IRGC can be described as the pulse of Iran’s regime, with significant influence inside the establishment’s politic and economic apparatus, parallel to supervising its domestic crackdown machine, support for terrorism and regional warmongering, and the ballistic missiles and nuclear drives.”

He continued: “Such strong rhetoric makes the regime in Tehran look weak, to say the least. From the mullahs’ point of view, this is a recipe for disaster, considering the fact that a weak posture at a time of sensitive presidential election has the potential of emboldening the powder keg society to burst into 2009-like uprisings. And this is exactly what mostly terrifies the mullahs’ regime.”

Saudi Foreign Minister Adel al-Jubeir praised the recent improvement in relations between the US and Saudi Arabia while warning against Iranian interference in other middle eastern countries.

The Saudi king also met with his Jordanian counterpart, before the recent Arab League summit in Amman, to condemn Iran’s support for terrorism and interfere in the affairs of other middle eastern countries.

While Yemen’s President Abdrabbuh Mansur Hadi condemned Iran for supporting the Houthi militias and plunging the country into war.

As for the Palestine and Israel conflict, which Iran has manipulated in order to justify its presence in the region, U.N. Secretary-General Antonio Guterres, highlighted the necessity of a two-state solution. Indeed, Trump has even invited the Palestinian President Mahmoud Abbas to the White House

Alavi wrote: “Considering the Arab states’ main demand in evicting the mullahs from the region and bringing an end to Tehran’s meddling abroad, controlled mainly by the IRGC, designating this entity as a foreign terrorist organization would be an important signal to the entire Middle East that the policy of this new U.S. administration is in the interest of America and its regional allies, especially Saudi Arabia.”

He continued: “Such a measure will strengthen the U.S.-Middle East coalition against terrorism and extremism, defang Iran’s meddling in other countries and its support for terrorism, and distance the U.S. from an avoidable war in the region.”