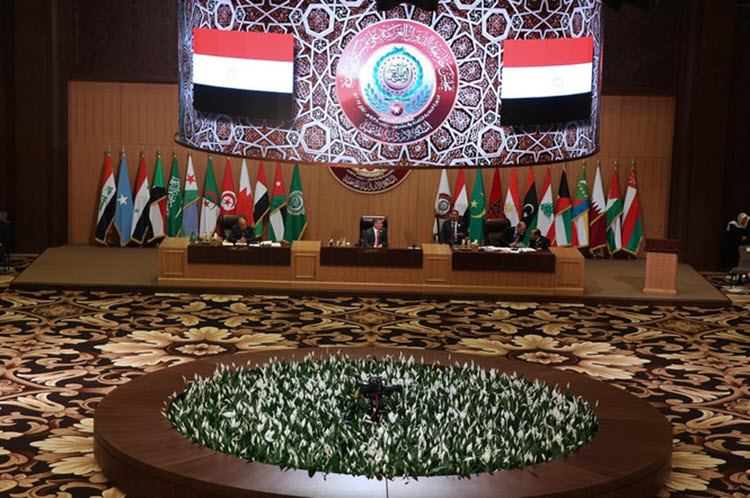 London, 4 Apr – The Iranian Regime’s meddling in the affairs of other Middle Eastern nations was criticised by many of the speakers at the 2017 Arab League Summit in Jordon, which according to a political and human rights activist who specialises in Iran, could mean that the other Gulf countries are turning on Iran.

Heshmat Alavi, from IranCommentary, wrote an op-ed for Al-Arabiya, in which he said: “Significant is the fact that the Arab Summit initially prepared a relatively low-profile draft resolution adopting a soft tone in relation to Iran.

However, the final resolution prepared and published by Arab League Foreign Ministers reflected the majority members’ position, being completely against Iran and the mullahs’ policies of meddling and supporting terrorism.”

The speakers at the event raised concerns over Iran’s involvement in the Syrian Civil War and the terror training camps set up with Iran.

It is worth noting that some countries did not criticise Iran during the summit; Iraq and Lebanon, who are under Iranian control, and Algeria, who enjoys certain specific favours from the mullahs’ regime.

So, this left the Arab Summit with two options: refuse to sign an agreement altogether or sign an amended agreement which opposed meddling by foreign powers in internal affairs without mention Iran specifically. Given how important Iraq’s approval on the agreement was, they opted for the latter choice.

Alavi wrote: “Reactions seen from Iran prove the fact this Arab Summit in Jordan ended as a complete failure and delivered heavy damages to Tehran’s interests. As usual, the mullahs’ media resort to low-standard lies that deserve no repetition. The mullahs, however, cannot cloak their utter anger and fear of such a united position against its meddling in Arab countries.”

It is not just in the middle east that attitudes to Iran are changing. The US policy on the mullah’s regime is also changing, with US CENTCOM commander General Joseph Votel advising a recent hearing of the House of Representatives Armed Forces Committee, how important it is to stop Iran’s expansionism and General James Jones, former NATO commander and US national security advisor, advising the Gulf States to form an Arab NATO, which would enjoy US support.

So, Iran’s meddling has been condemned in the middle east and the US, with new legislation and agreements in place to curtail it, but what about the international response?

The British Parliament recently discussed Iranian influence in the middle east with Matthew Offord MP calling Iran the number one state sponsor of terrorism. There has also been widespread condemnations of Iran’s human rights abuses and calls for an Arab alliance to evict the mullah’s Regime.

Alavi wrote: “This goes in line with further measures to enforce the flawed deal aimed at curbing Iran’s nuclear program. Rest assured if the Arab World adopts a firm stance and demands Iran’s eviction from their soil, the US will most definitely be encouraged to blacklist the IRGC and defang Iran’s meddling.”

US Congress Moves Toward Approval For Financing War On Islamic State