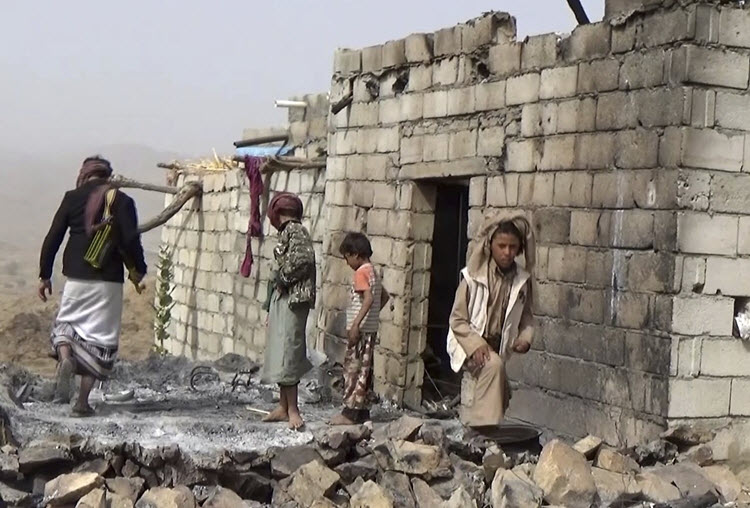 London, 5 Apr – All wars have complex and nuanced causes and it would be silly to pretend that they are based on a single issue. Some wars, however, have a common thread linking them: for most current conflicts in the middle east, that thread in the Iranian Regime. Iran very rarely gets confronted on their meddling, despite how overt it can get.

If you look at the Yemeni Civil War, which has been going on for two years now, you’ll see that the main cause is the fact that the ousted leader Ali Abdullah Saleh launched a coup on a democratic government, put in place by the United Nations.

However, the only reason Saleh was able to attack was because he enjoyed support from the Iranian Regime. Why? The same reason, that they support Bashar al-Assad in Syria: if one dictator falls, Iran may be next.

Abdulrahman al-Rashed, the former General Manager of Al Arabiya News Channel, wrote on Al Arabiya about Iran’s overt involvement in the Yemeni civil war, which has been mostly overlooked by Western media outlets.

He wrote: “The Iranian links to the war could be traced since the beginning and Iran did not hide them because it viewed the war as regional. Iran believes that opening a front against Saudi Arabia in Yemen is part of the geopolitical balance in Syria and Bahrain’s conflicts. Although many observers have denied this possibility since the beginning and mocked it, they later admitted Iran’s involvement. What’s interesting is that Tehran had not even bothered to hide it.”

In the Arab Spring of 2011, the Yemeni people, along with so many others stood up against their despotic leaders, resulting in despots being overthrown, like Moammar Qaddafi in Libya, Hosni Mubarak in Egypt and Zine El Abidine Ben Ali in Tunisia, or constitutional/governmental reforms being agreed upon in places like Kuwait, Lebanon, Morocco, Jordan, and Oman.

However, some despots crushed the people’s rebellions, like King Hamad bin Isa Al Khalifa in Bahrain, while some are still embroiled in fighting, like Assad in Syria.

Only one despot was ousted and then took the country back by force, and that is Saleh, who was supported by the army and the Iranian-backed Houthi rebels. Back in 2015, the Yemeni capital Sanaa was taken over by the Houthis and Saleh. According to Al-Rashed, this marked the end of peaceful opposition and the beginning of all-out war.

They attacked when a UN-appointed transitional government was drafting a constitution and preparing for an election. The government minister and leaders, who had been put in place to transfer the country from a dictatorship to a democracy, were arrested by Saleh and the Houthis.

When the anti-democracy coup rejected all international efforts to obtain a retreat or surrender, military action was the only option left. So, the Gulf Cooperation Council (GCC) countries had to confront Iran and their proxies in Yemen, as they’ve had to in Syria, in order to defend Gulf countries against Iran’s expansionism.

Al-Rashed wrote: “The missiles which the rebels in Yemen fired deep into Saudi Arabia confirmed the fear that Saleh and Houthis have a missile system that threatens Saudi Arabia’s security. Later on, international navy inspectors also found missiles in Iranian ships heading to Yemeni ports. The rebels use similar missiles to shell southern Saudi areas.”

He continued: “The war in Yemen, just like other wars in the region, is not a mere dispute among local groups. It is planned and funded by regional powers, mainly Iran, which appears determined to expand its influence and besiege its neighbours. Unfortunately, the war was thus painfully imposed on the Yemenis and the Saudis. It is unacceptable to let the Iranian regime use Yemen as a base to attack the latter’s neighbour without militarily confronting it.”