Iran: Designating the IRGC as FTO Will Not Cause the Nuclear Deal to Unravel 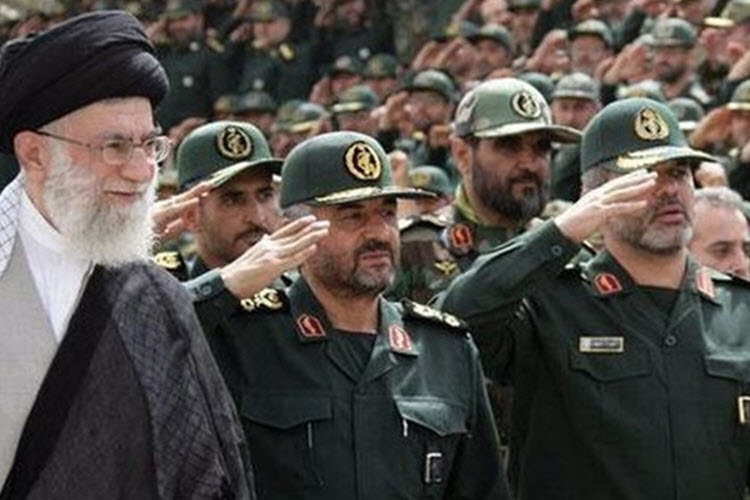 London, 7 Apr – Many have claimed that designating Iran’s Islamic Revolutionary Guard Corps (IRGC) as a foreign terrorist organisation (FTO) would violate the 2015 Iran nuclear deal. However, experts claim that this is not the case.

Executive director of the Foundation for Defense of Democracies (FDD), and Iran expert, Mark Dubowitz, said before the House Oversight and Government Reform Committee on Wednesday 5th April that the IRGC could be designated under executive order 13224. This is an order that was put in place after the 9/11 terrorist attacks to prevent funding for terrorism.

He also warned that if the deal falls apart as a result of a terrorist designation it is on Iran’s shoulders – firstly for walking away from the deal, and secondly for being involved in terrorist activities.

“Washington should proactively explain that if the nuclear deal falls apart as a result of this designation, the blame falls squarely on Iran both for its decision to walk away from the agreement and for its terrorism support in the first place.”

He said: “Congress should reject the argument that this designation will provoke the IRGC to threaten or commit violence. To do so would hold American policy hostage.”

Numerous calls have been made, including requests from US lawmakers, for the Trump administration to make the designation under US law. The administration has since been weighing up the options before a decision is finally made.

Those who are steadfast opponents of the designation include the National Iranian American Council (NIAC). It vehemently advises against the designation saying that it will put the nuclear deal in danger and would bring risk to the numerous American soldiers in Iraq because it would be turning “the current de-facto cooperation into outright conflict with Iranian forces and proxies in Iran”. However, this point alone – that American lives would be at risk – just shows that the designation is more appropriate than ever as it suggests that Iran will retaliate against the designation with terrorist actions.

The IRGC has been involved and has been orchestrating terrorist activities for decades. It carried out attacks in Lebanon as far back as the eighties. It is currently heavily involved in the civil war in Syria and has provided a huge amount of support to the Assad regime.

It is also crucial to note that there has been a large increase in the number of terrorist attacks carried out by Iran, especially in Syria, in the past five years.