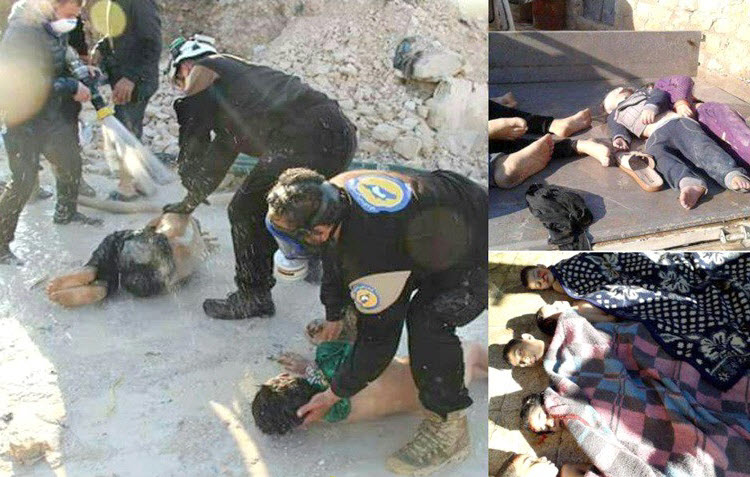 London, 7 Apr – This week we have once again seen horrific, disturbing and heart-breaking images of dying children in Syria – their tiny, unmarked bodies, lifeless after yet another chemical weapons attack in Khan Sheikhoun in Syria.

Following the publication of official research, the U.N. Joint Investigative Mechanism (JIM) and the Organization for the Prohibition of Chemical Weapons (OPCW) concluded that the Syrian Arab Armed Forces carried out at least three chemical attacks with the use of Syrian government-owned helicopters during 2014 and 2015.

Eight other chemical attacks took place in November and December last year during the Assad’s government attacks on Aleppo.

Despite this, China and Russia vetoed a UN Security Council Resolution that would sanction those involved in the carrying out of chemical attacks. So it is no wonder that Assad’s regime felt emboldened to carry out such an attack.

This is another incident that follows the pattern the regime has taken – wait until the attention of the international community (especially the United States) is elsewhere and then go after battlefield gains with horrific attacks.

After the latest chemical attack it is important that we do not give a figure to the number of “victims” by counting casualties. The effects of such an attack are devastating, not just for the close family and friends of those who died or were injured, but for the whole of the community. The psychological effects are tremendous.

After chemical bombs are dropped by the Syrian Arab Armed Forces, the people of the town are made even more vulnerable by being flushed out into the street. Then hospitals are targeted, leaving civilians unable to feel safe anywhere.

The latest attack has left the international community wondering if Syria has undeclared stocks of banned weapons such as the nerve agent sarin. Although it needs to be confirmed by investigators, it seems like sarin was used in the latest attack. If this is the case, it shows that the Syrian dictator believes he can act without having to face consequences.

Such chemicals and the necessary precursors to produce them were supposedly destroyed in 2014. However, despite removing the majority of the country’s military-scale chemical weapons program, it is possible that some elements were kept hidden from authorities.

Syria, like its neighbour and biggest backer Iran, has a history of lies, deception, secrets and cover-ups and is not afraid to violate international resolutions.

In any case, looking back into the past and pointing out previous failings is not going to help. The international community needs to act immediately and effectively. Enough pressure needs to be exerted so that such attacks will not be repeated.

Iranian Officials Buy Homes in Turkey and Canada With the Budget for Importing Medicine?

By Jubin Katiraie Medical sanctions imposed on Iran by...

Israel would not ask U.S. before hitting Iran

Reuters: When he first got word of Israel's sneak...