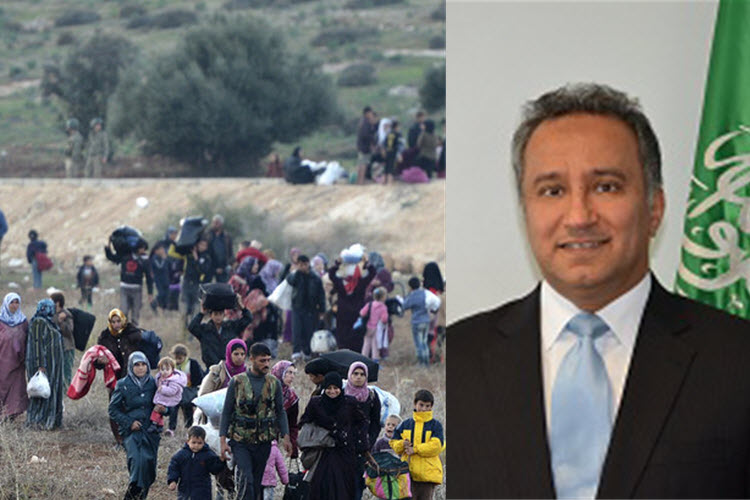 London, 7 Apr – Saudi Arabia has called on international human rights and humanitarian organisations, including the United Nations, to take action with regards to Iran and its many militias that are carrying out ethnic cleansing and related sectarian activities that are creating demographic changes in Syria.

The Kingdom also called on the international community to take action and to speak out against these horrific crimes.

Abdurrahman Al-Ahmad, Saudi ambassador to Belgium and head of the Kingdom’s mission to the European Union, said that those carrying out such crimes need to be brought to justice. He emphasized that these are war crimes and should be punished in line with the related UN resolution.

The ambassador said that he hopes international resolutions for a ceasefire would come to fruition and that humanitarian aid would be delivered soon. The release of detainees is also essential he explained.

Others in the Saudi envoy said that the recent chemical attack in Syria was a reckless act that does not in any way comply with international resolutions. One said that the survival of the Syrian regime is the most ugly aspect of the crisis in Syria, adding that this is the main cause for the ongoing atrocities that are being witnessed.

Mr. Al-Ahmad emphasized that Saudi Arabia has tried to bring peace to Syria and is keen to put an end to the human tragedy. He said: “On the basis of an international mandate, the spectrum of the Syrian opposition was invited to the Riyadh Conference on 8-10 December, 2015. This conference led to the establishment of the Supreme Negotiations Commission for the Syrian opposition forces.”

He also pointed out that the Kingdom of Saudi Arabia has provided much humanitarian and relief aid. “Many programs are currently being implemented within Syria or neighbouring countries of Turkey, Jordan, Lebanon where the delivery of total aid consignment amounted to more than $870 million in addition to commitments through the conferences of donor countries and the recent London conference with a pledge of donations worth $100 million.”

There were more than 70 countries from around the world represented at the conference.

By Pooya Stone LG and Samsung companies operating in...