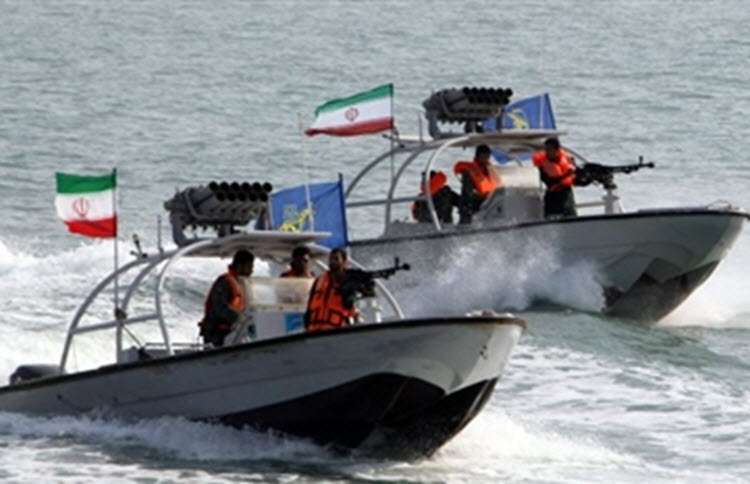 London, 11 Apr – The Iranian Regime is seeking to destroy global trade through its violent attacks and menacing presence in the Strait of Hormuz.

Over the past few months, there have been numerous instances of foreign trade or naval ship being harassed or fired upon by the Iranian Regime or their terror proxies when attempting to sail through the Red Sea shipping lane.

Here are just a few:

• March 2017: Houthi militia deployed naval mines in the Bab el-Mandeb Strait and although the United States Office of Naval Intelligence warned of the dangers and the US Navy pledged to remove the mines, it didn’t happen fast enough for the Yemeni Coast Guard vessel which hit a mine and exploded. Two sailors were killed and eight were injured.

• January 2017: Iranian-backed Houthi rebels ram an unmanned, explosive-laden boat into a Saudi frigate; two sailors are killed. According to The Trumpet, a video of the attack was filmed by a Houthi man in a third boat; on the tape, he can be heard shouting: “God is great! Death to America! Death to Israel! Curse the Jews! Victory for Islam!”

• October 1, 2016: Houthi rebels attack an HSV-2 Swift advanced transport vessel from the UAE using a C-802 antiship missile, which was made by the Chinese and reverse engineered by the Iranians.

• October 9, 2016: The Houthis attack the USS Mason- a much more powerful ship- with two land-based cruise missiles. The Mason fired three of its own missiles in self-defence in order to intercept the Houthis’ missiles, and inevitably the Mason won. However, the Houthis launched two more missile attacks against the Mason, that week.

Why would Iran want to disrupt trade in the Strait of Hormuz?

Currently, most trade between Gulf nations and Europe or the Americas goes through the Strait of Hormuz including 3.8 million barrels of oil per day (around 10% of the world’s oil supply).

Foreign Policy wrote of this narrow passage: “If a coastal foe can menace shipping transiting this narrow seaway, it would disrupt the shortest, most convenient sea route connecting Europe with South and East Asia. Doing so would carry significant economic and military repercussions.”

If Iran cuts off access, trade ships will have to take the longer and far more dangerous route of sailing around the entire continent of Africa. This will push up prices and considerably push down the number of people willing to do these trade ship jobs.

Effectively, Iran would hold the world to ransom and what they want is complete unchecked power.

U.S. exercise with Turkey is aimed at Iran

New York Times: The United States will hold a...