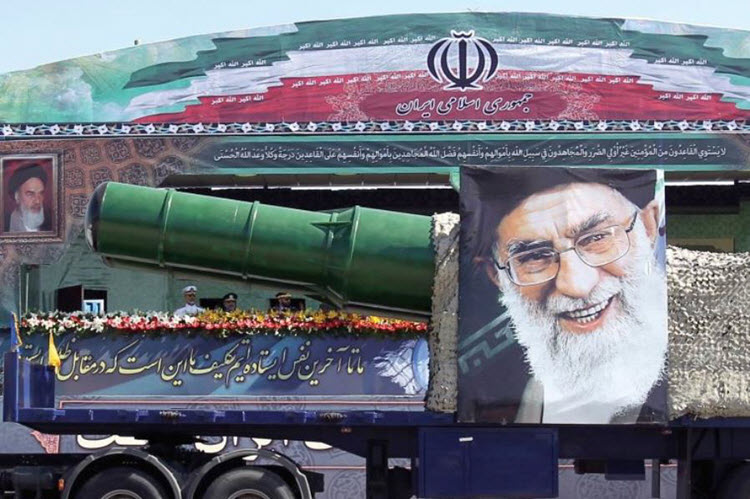 Ostavar is a professor at the US Naval Postgraduate School and author of “Vanguard of the Imam”, about the IRGC, made these comments at a Foreign Policy Research Institute conference in Philadelphia.

He explained, “When it comes to the Middle East, the Revolutionary Guards are basically the decision-makers if not the shapers of that policy… when it comes to what is going on in Iraq, or Syria, or Lebanon… [it is] their activity or their literally lobbying the supreme leader that seems to dictate policy more than anything else.”

Regarding Hezbollah and Hamas, he claimed the IRGC controls Iranian policy because “basically they have done the groundwork. They control the ground game…. The 21st century has been very successful for what IRGC has been trying to achieve.”

When asked about the significance of IRGC intervening in the region alongside the nuclear deal, Ostavar replied, “As I understood the Obama administration, what they thought they gained from the deal… this was a nonproliferation issue for them… keeping nukes out of the hands of a country we didn’t trust with nukes…, everything else was different… Along those lines… I think it achieved what they had hoped it would achieve.”

He said, however, for “people who are less sold on the deal, they were less sold on it because of everything else… [the issue was:] would the deterrent [of signing the nuclear deal with the West] make them [Iran] feel safe and therefore less likely to sort of expand and follow what they’re doing outside of their country? Or would it in fact shield what they were doing and allow them to do it even more openly and boldly?”

Ostavar continued, “What people are worried about now is that it’s done the latter. They don’t need the nuclear deterrent anymore because now they have the nuclear deal deterrent, which in effect took… the leverage out of the US and the international community to put pressure on Iran. But Iran was able to keep this other deterrent, which in my opinion was actually much more important than a nuclear weapon would have been.”

Highly committed to Iran’s religious revolution and thoroughly practical about influencing Iran’s neighbors, is how Ostavar described the IRGC. He said that their success is what pushed Israel together with Saudi Arabia and other Arab Gulf countries.

Ostavar also discussed Iran’s ballistic missile program and the Revolutionary Guards’ control of it, especially as it relates to the weaponization of the nuclear program, and its control of the many small naval vessels that harass US and other international trips traveling near its coast.

AP: Army Gen. David Petraeus, who is to assume...