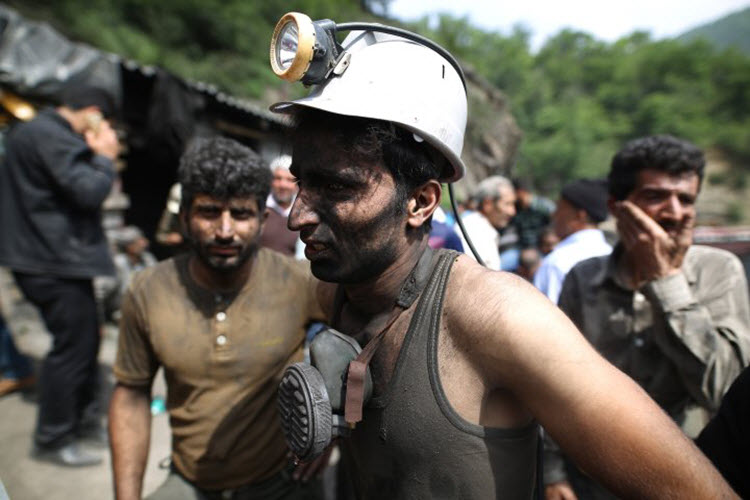 London, 4 May – Iranian news agencies reported Thursday, that a coal mine explosion in northern Iran killed at least 35 people, and rescuers are working a second day to reach those trapped by the blast.

Similar reports were carried by Fars, Mehr and Tasnim news agencies Thursday morning. The explosion occurred on Wednesday at the Golestan province mine but was not immediately reported. Sadegh Ali Moghadam, the provincial director general of disaster management, in a live broadcast by state television, said 22 dead bodies had been recovered.

Three days of mourning will be observed, reported Iranian state television. Additionally, according to the state-run IRNA news agency, President Hassan Rouhani issued an order that all available resources be used to rescue those still trapped.

Ambulances, helicopters and other rescue vehicles raced to the scene following the blast, as authorities worked to determine the scale of the emergency.
The latest death toll of 35 was confirmed in the early hours of Thursday morning by Minister of Cooperatives, Labor and Social Welfare Ali Rabiei. “Unfortunately, all miners trapped in the wreckage lost their lives,” Rabiei told the press.

Head of the Iran Red Crescent Search and Rescue Unit, Shahin Fathi, said more than 40 miners had been trapped, but six of them were rescued with injuries.

It has not been determined how many miners had been trapped inside. Numbers range from dozens to up to 80.

News agencies posted online images from the scene, of ambulances and emergency workers gathered at the mouth of the mine. Dazed workers were helped by bystanders, or prostrate on the ground as rescuers rushed past with oxygen.

Zemestanyurt mine, which lies 14 kilometers (9 miles) from Azadshahr, according to IRNA, employs more than 500 workers.

Iran is rich in many minerals, and annually consumes approximately 2.5 tons of coal. However, Iran only extracts about 1 million tons from its mines per year, with the rest being imported.