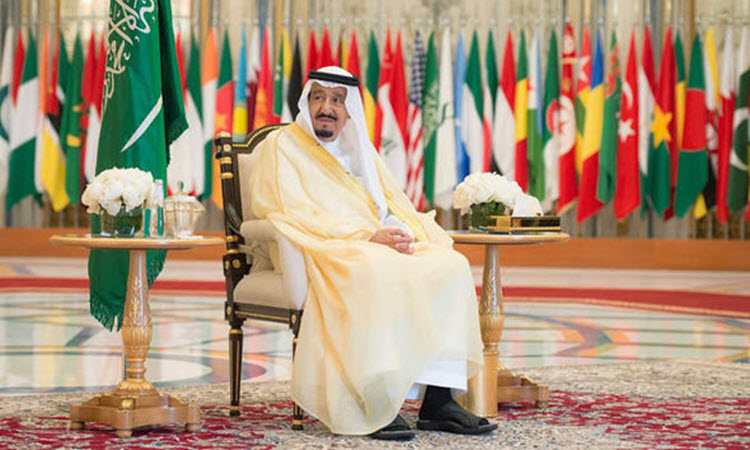 London, 22 May – At the US-Islamic summit, President Trump made it very clear that Iran is the main loser. In a new fight against extremism, he rejected the idea that it is a fight against religions.

He and Saudi King Salman said that the US is going to work with the Muslim world in an effort to put an end to extremism and terrorism.

The Saudi King also reiterated that Islam always has been, and still is, “a religion of tolerance and peace”. He said Iran is at the centre of the conflict and it is their responsibility, and that of the whole world, to “fight the forces of evil and extremism wherever they are”.

He reiterated that those who finance terrorism will have to face the “full force of the law”.

President Trump urged every country to isolate Iran which he described as the fuel to the “fires of sectarian conflict and terror”. He said that the best way to combat Iran and to curb its malign activities is to starve it of its territory, its funding, and the “false allure of their craven ideology”.

Both officials mentioned that the government of Iran gives the terrorists and extremists a safe haven, the finances to carry out the nefarious activities and the means to recruit.

Iran is involved in numerous conflicts across the Middle East, in particular in Yemen, Syria and Iraq. Its government is involved in mass executions and is open about its desire to destroy Israel and America.

Iran’s involvement in Syria is particularly bloody and it has helped Bashar al Assad carry out some horrific war crimes and tremendous crimes against humanity.

Speaking about Trump’s visit to Saudi Arabia, Senator John McCain said the President sent a strong message to Iran and its regime, making it very clear that the administration will do all in its power to stop Iran from continuing on its disastrous path. He also mentioned the “unspeakable crimes” that have been carried out in Syria with the help of Iran.

Rex Tillerson, the US Secretary of State, meanwhile urged the Iranian regime to stop supporting and financing terrorist groups. His comments came during a press conference with the Saudi Foreign Minister Adel Al-Jubeir.

He said that the newly re-elected President Hassan Rouhani is in a position to put a stop to Iran’s destabilising role.

Tillerson also called on Iran to stop its testing of ballistic missiles if the country is to ever get on the right track with the rest of the world.

AFP: Iran has "seriously warned" India that it could...