Iranian Elections Are Not Representative of the People 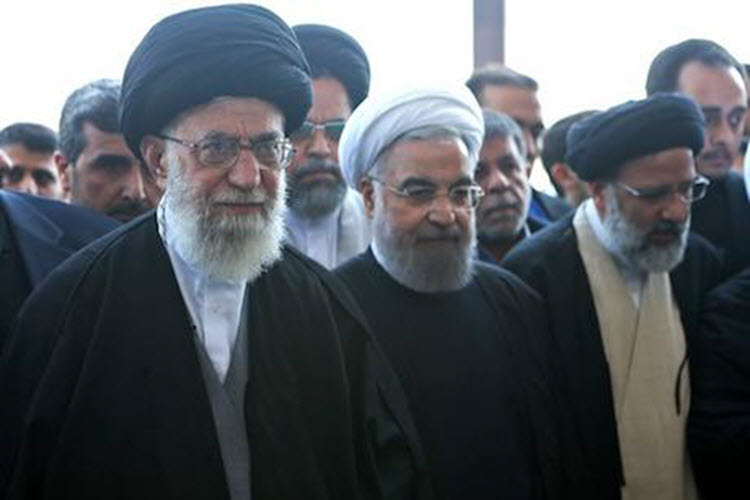 London, 23 May – Last Friday, the Iranian Regime held its ‘elections’ and Hassan Rouhani emerged the victor but despite the claims of the ruling mullahs, this is not a victory for either the Iranian people or democracy.

Shahriar Kia, an Iranian dissident and political analyst, wrote an op-ed for the Daily Caller where he revealed that the so-called elections do not represent the views of the Iranian people but the decision of the Supreme Leader Ali Khamenei.

Khamenei is a religious dictator so terrified of an uprising by the Iranian people that he has been enforcing crackdowns on freedom of speech, political gatherings, and journalism in the past few months; a move that surely signals the end of the mullahs’ Regime.

Kia wrote: “Considering his regime’s dire domestic, regional and international circumstances, Khamenei desperately needed to unify his apparatus to confront the numerous crises and maintain his regime’s balance. This “election” result, however, canvases a major defeat for Khamenei and signals considerable weakness on his part and that of the Revolutionary Guards (IRGC). Rest assured this trend will lead to the regime’s eventual crumbling.”

The election showcased cracks in the Regime, as disparate factions, all desperate for money and power, fought to become President. In the end, Kia notes that this election proved the only way forward for the people of Iran was to support the Iranian Resistance and its leader, Maryam Rajavi.

Rajavi, who is President of the Council of Resistance of Iran (NCRI), gave a statement regarding the election in which she noted that the Regime was dying.

She said: “Rouhani’s second term would only entail growing crisis and a more intense power struggle. Crisis has precipitated at the leadership level of the religious fascism and would continue until the downfall of the regime of the velayat-e faqih (absolute rule of clergy)… Khamenei’s failure to manipulate the election result to bring Raisi out of the ballot box and make the regime monolithic is a heavy blow for him and a sign of the regime’s approaching demise.”

Despite Khamenei’s crackdown on political protest, many bravely defied him to call for regime change and hang posters of Rajavi in the streets. Kia cites this as the reason the elections were ended early.

He wrote: “This brought the mullahs to the conclusion over the dangerous consequences of deepening divides amongst the regime’s senior elite paving the path for nationwide uprisings similar to those seen in 2009. As a result, the mullahs’ ruling elite decided to quickly bring an end to the election farce in the first round and prevent any further opportunities for protests and possible uprisings.”

Kia notes that Rouhani’s second term begins amid many crises in Iran (economic, social, and political) but that this will not change the Regime for the better. He assessed that Iran will only see change once those responsible for 1988 massacre of 30,000 political prisoners are brought to justice, human rights are respected for all, and when Iran stops supporting terrorism.

He wrote: “The only solution for Iran is regime change by the Iranian people and their organised opposition, and through supporting Maryam Rajavi’s 10-point-plan. ”

AFP: The United States on Wednesday warned that it...