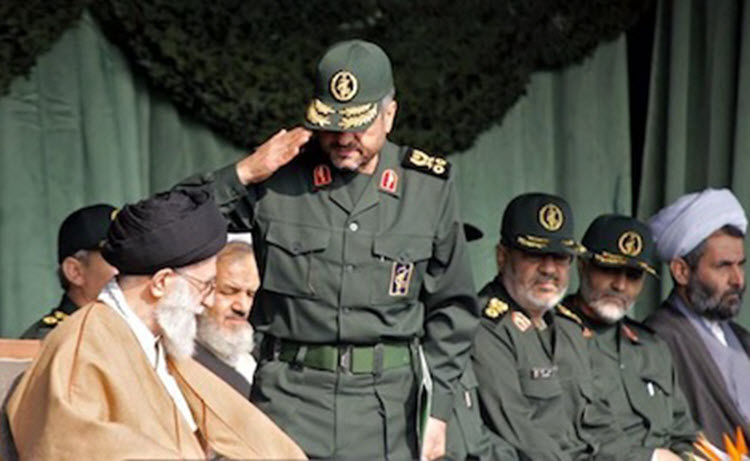 London, 24 May – As the US stalls on whether or not to label the Iranian Revolutionary Guard Corps (IRGC) as a Foreign Terrorist Organization (FTO), the Iranian Regime builds more terrorist training camps.

Colonel Wes Martin (ret.), who served as the first senior antiterrorism officer for all Coalition Forces in Iraq, wrote an op-ed for Forbes pleading with the US Congress and the Trump administration to speed up the designation of the IRGC as a terror group, before it is too late.

He warned: “The ultimate battlegrounds in the War on Terrorism will be Western Europe and North America. Avenues of approach have already been embedded through porous borders and covert extremist plots. Attacks will become more complex, more deadly, and will involve multiple cells attacking several targets at the same time.”

He continued: “As the senior antiterrorism officer for all coalition forces in Iraq, I witnessed the advanced technology the Quds Force and the IRGC was providing to our Shia and Sunni adversaries. Because Iran totally subscribes to the concept of ‘the enemy of my enemy is my friend’, we were on the receiving end of research and development coming out of Iran’s weapons laboratories.”

Martin highlighted that the Quds Force, a faction of the IRGC, has been listed as an FTO for many years.

He said: “That its parent organisation has eluded designation by the U.S. State Department defies logic, especially considering the Government of Iran has long since been recognised by the U.S. as the number one nation-state sponsor of terrorism. It is high time to reflect this reality in policy; with every day that the U.S. stalls, a sophisticated training corps run by the IRGC churns out a new batch of elite fighters aimed at destabilising the region and sowing terror worldwide.”

Back in February, the Iranian Resistance revealed that there were 14 training camps for terrorists within Iran and the training covered everything from spreading fear and unrest in pocket cells in the West, to training militias to fight for the dictators Bashar al-Assad in the Syrian Civil War.

These are just some of the things that they learn:

Martin refers to these camps as the “Ivy Leagues of terrorist education”, in comparison to the Palestine Liberation Organization training programs of the 1960s and 1970s because they are much better funded, in part because of lifted sanctions on Iran since the 2015 nuclear deal which gave the Iranian Regime $150-billion.

Even worse, Martin reveals that the Iraqi army revealed what they were taught by US troops to the IRGC, meaning that the Iranian Regime now has access to American military training, which puts US troops in danger.

Martin warned: “Terrorist organisations determine when and where they will attack. They only have to be successful part of the time. As subjects of the attacks, we must continuously keep our defences up… It is time for President Trump to mandate that the State Department designate Iran’s Islamic Revolutionary Guard Corps as a foreign terrorist organisation, and to treat it accordingly.”