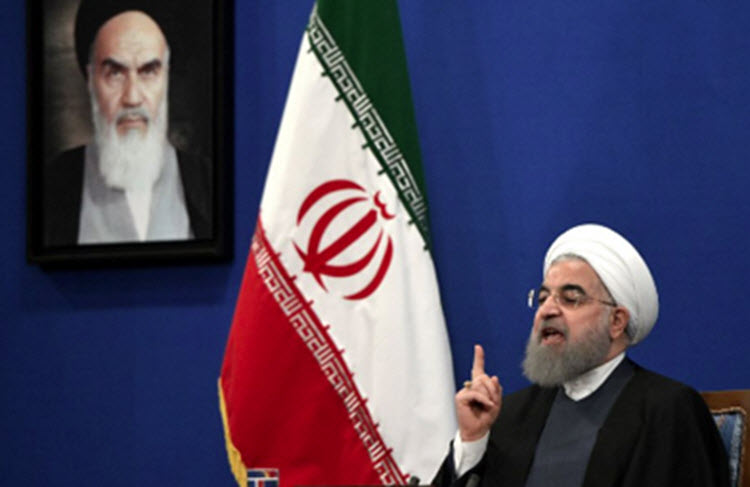 The Regime has claimed that almost 40 million turned out to vote, an impressive, if ridiculous, lie considering how low voter turnout is in actual décor and that Rouhani won by a margin of 8 million votes.

Leaving aside their sham elections, how will Rouhani do in office? After all, he has promised to focus on the economy (millions of Iranians live below the poverty line) and improve the human rights situation but given his broken promises from his first term, can he be trusted?

Rouhani’s first term was mired in crackdowns on human rights, numerous executions, increased interventions in the affairs of foreign nations, and rampant economic strife and this only looks set to continue and grow throughout the next four years.

Heshmat Alavi, an activist and writer focusing on the issues of Iran, wrote an op-ed for Vocal Europe in which he addressed Iran’s bleak outlook during Hassan Rouhani’s second term but cited that this could spell the end for the Regime.

He wrote: Rouhani in his second term will most likely continue the same policies and attempts of deceptive measures aimed at obtaining further concessions from the West…The most important impact of another four years of Rouhani as president is the beginning of a highly intensified power struggle and intense dispersion amongst the regime’s ranks and files. Such a phenomenon has the potential of launching a major outburst from Iran’s powder keg society as the people will realise the potential of growing rifts amongst the regime’s senior hierarchy. This upsurge in energy will be targeting the regime in its entirety and leading to its end.”

He noted that the election was a failure to the Regime because despite their bold claims, many Iranians boycotted the elections refusing to legitimise a sham-democracy. The Regime certainly made it look to the outside world that their democracy was strong by bussing supporters to specific polling stations and heavily controlling the journalists’interview subjects.

Activists provided evidence of stark contrasts, showing polling stations that were empty aside from the employees and even the Regime-affiliated Fars news agency was forced to acknowledge the low turnout.

Alavi wrote: “[Supreme Leader Ali] Khamenei and the Revolutionary Guards (IRGC), fearing escalating popular protests, failed to finalise their election engineering endeavour of pulling their preferred rabbit, here being Raisi, out of their elections hat. Public hatred and abhorrence of Raisi for his notorious role in the 1988 massacre of over 30,000 political prisoners – victims comprising mostly of members and supporters of the People’s Mojahedin Organization of Iran (PMOI/MEK) – reached such a climax that even many senior Khamenei faction figures refused to place their weight behind his drive.”

This is not to say that Iranians did choose Rouhani, rather that Khamenei knew that Raisi would spark instant protests, like those seen in 2009.

Mohammad Mohaddessin, Chairman of The National Council of Resistance of Iran Foreign Affairs Committee, said: “The sole solution for the mullahs in Iran is through regime change. The international community and Middle East states should adopt a firm policy vis-à-vis Tehran. This regime cannot and must not enjoy further impunity despite the crimes it has committed inside its own borders and abroad. The IRGC deserves to be designated as a foreign terrorist organisation and regime officials must face justice for their crimes against humanity and war crimes. It is high time for the world to acknowledge the Iranian people’s demand for an end to the mullahs’ rule after nearly four decades of suffering.”

Alavi advises that the international community stops curtailing to Iranian demands and instead stand up to the Regime, in order the free the world from their tyranny.