Hezbollah and Iran Are Not “Resisting” Israel 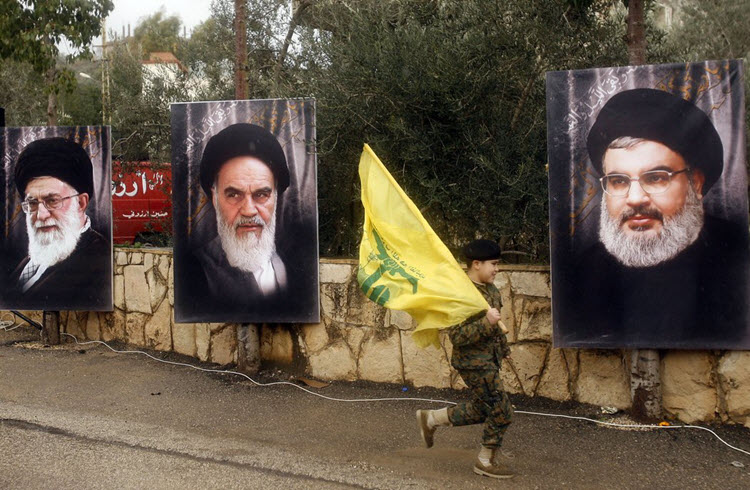 London, 6 Jun – The Iranian Regime and the Lebanon-based terror cell that it funds, Hezbollah, have long claimed to be “resisting” Israel, a country they refer to as the “Little Satan”, but their true aim is to continue to prop up the Syrian Regime during the Civil War.

They have both made threats against the Jewish state but are unlikely to carry them out because all of their military power is being directed towards helping Bashar Assad oppress his own people in Syria.

Sharif Nashashibi wrote an op-ed explaining this for Track Persia.

He wrote: “Hezbollah and Iran have shown that their priority is not resisting Israel — not that Iran has ever resisted it — but ensuring the Syrian regime’s survival, so they will not jeopardise their primary goal by picking a fight with Israel.”

The relationship between Hezbollah and Israel is one of “mutual threats” according to Nashashibi.

He highlights that in February, Hezbollah threatened that their rockets could take out the Negev Nuclear Research Centre in southern Israel, causing the Israeli government to retaliate and threaten to strike all of Lebanon.

Following that, Hezbol¬lah Secretary-General Hassan Nas¬rallah announced that a future middle-eastern conflict could take place within Israel, something which Nashashibi described as absurd, because of the home-field advantage it would give Israel.

He wrote: “Since firing rockets into Israel would not be a new tactic for Hezbollah, the implication was that Nasrallah was threatening a ground assault. This would be preposterous even if Hezbollah was not already mired in the conflict in Syria. It simply does not have the military size or strength to carry out such a threat against the most advanced armed force in the region.”

He notes that there is no drive in Lebanon for a further conflict with Israel, following the 2000-2006 conflict and that as Hezbollah has no air force, they would effectively be sending ground troops into an area that the Israelis would know like the back of their hand, without back-up.

So why would Nasrallah make these threats? Nashashibi believes that Hezbollah wanted to dissuade Israel from starting a war with them and increase domestic support for Hezbollah.

But Israel doesn’t need to start a war with Hezbollah, who are already taking a beating in the Syrian Civil War.

Nashashibi wrote: “Since 2012, [Israel] has been able to sit back and watch Hezbollah get bogged down in Syria, a conflict with no end in sight. Meanwhile, Israel has been able to target Hezbollah’s weapons and personnel in Syria from time to time without retaliation. It has done so twice in recent weeks. In effect, it has a free hand against Hezbollah in Syria. So why spoil a good thing?”

Reuters: The head of Iran's Revolutionary Guards said on...