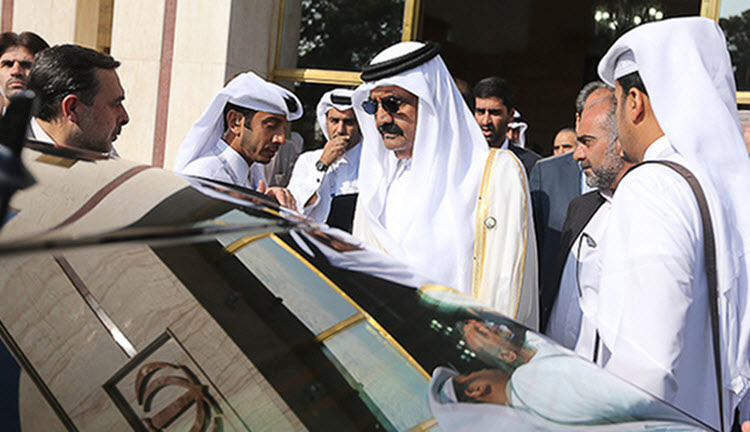 London, 6 Jun – Bahrain, Saudi Arabia and the United Arab Emirates (UAE) have cut off economic and diplomatic ties with Qatar regarding its close links with the Iranian Regime, support for terrorist groups, and its foreign policy decisions.

Giorgio Cafiero, CEO and co-founder of Washington, DC-based Gulf State Analytics, and an analyst of Gulf Cooperation Council geopolitics, wrote a piece for Al-Arabiya in which he broke down what had happened to cause the rift and what could be done to solve it.

• The Emir of Qatar made provocative comments about Iran, Hamas, Hezbollah, Israel, and US President Donald Trump following the Arab American Islamic Summit in Saudi Arabia

• Representatives from Qatar and Iran held a secret meeting in Iraq

• The Emir arranged a phone call with Hassan Rouhani, the Iranian President

Cafiero wrote: “Whereas the UAE’s core problems with Doha come down to both its sponsorship of Islamist groups and Qatar’s rather cordial relationship with Iran, it is mainly the latter that fuels Saudi Arabia’s negative perceptions of its neighbour.”

The Gulf Cooperation Council (GCC), especially Kuwait and Oman, are attempting to mediate between Qatar and these three countries in order to mend the rift sooner rather than later.

This is a role that they have filled before, but it is worth noting the there have been several major shifts in the world since the last instance in 2014.

Cafiero wrote: “With a new administration in Washington, the UAE is optimistic about a change in US policy vis-à-vis the Muslim Brotherhood and the Trump presidency representing an opportunity to apply enough pressure on Qatar to sever Doha’s ties with Islamists in the region.”

He noted that none of the GCC members supported Qatar’s ties to Islamist groups but that some states however, have joined Qatar in pressing for improved relations between the GCC and Iran.

The main reason cited is to achieve peace but a certain amount can also be attributed to energy, given that Qatar and Iran the world’s largest gas reserve.

Cafiero wrote: “Although there is an overall consensus within the GCC, that Qatar’s ties with certain Islamists are negative, the Council has reached no such consensus when it comes to Arab Gulf-Iranian relations. The GCC’s royal families have an opportunity to discuss their concerns about Iran as well as some of their members’ interests in improving their relations with that country while promoting a Gulf détente.”

He continued: “Yet their efforts to make the Council more accommodating of Iranian interests will meet a negative reception from those members which see such overtures to Tehran as a sign of weakness and division within the Council at a time when Iran is posing an increasingly serious threat to the Arab Gulf countries with its support for Yemen’s Houthi rebel movement, Syria’s regime, and militant Shi’ite groups in Bahrain, Lebanon, and Iraq which requires GCC unity now more than ever. ”

US Congress to Obama: Stand tough on Iran

AFP: An overwhelming majority of US lawmakers Tuesday demanded President...