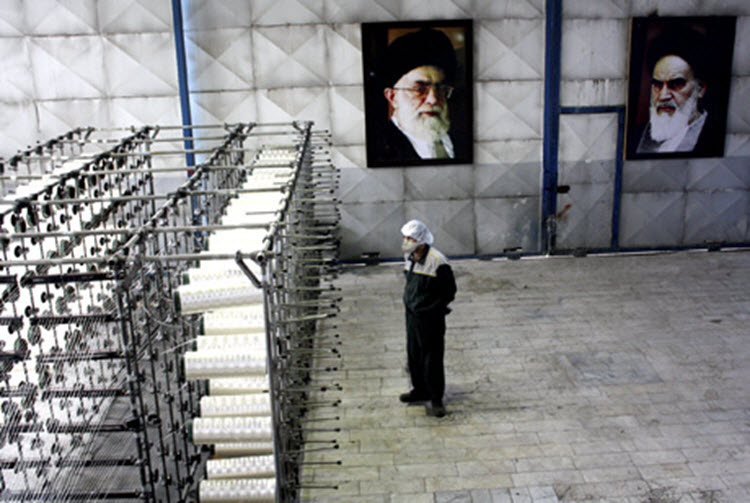 London, 6 Jun – The Iranian Regime is increasing its nuclear capabilities and stockpiling nuclear supplies in what seems to be the race to developing a nuclear missile.

According to the latest report by the International Atomic Energy Agency (IAEA), the Iranian Regime is coming dangerously close to going over its threshold for heavy water, a chemical used in the production of nuclear weapons.

Statements from Iranian officials have also indicated that the Regime intends to defy some integral parts of the 2015 nuclear accord between Iran and the P5+1 countries (the US, the UK, France, Germany, China and Russia). They are currently banned from working on nuclear weapons until after 2027.

The head of Iran’s nuclear program, Ali Akbar Salehi, announced that they could mass-produce advanced nuclear centrifuges, which would enrich uranium at a faster rate, which would increase the amount of nuclear material available to make weapons without being detected by the international community. According to the Institute for Science and International Security, this “would greatly expand Iran’s ability to sneak out or breakout to nuclear weapons capability.”

Under the terms of the nuclear deal, Iran is only allowed one advanced IR-8 centrifuge, but they have more than six, which the Institute for Science and International Security labelled “excessive and inconsistent with the [accord]” and “lay the basis for mass production”.

The report continued: “Iran could have already stockpiled many advanced centrifuge components, associated raw materials, and the equipment necessary to operate a large number of advanced centrifuges. The United States and the International Atomic Energy Agency (IAEA) need to determine the status of Iran’s centrifuge manufacturing capabilities, including the number of key centrifuge parts Iran has made and the amount of centrifuge equipment it has procured.”

These reports have caused many to call on the White House to increase its enforcement of the nuclear deal and pressure the IAEA to make further inspections to determine how many centrifuge parts Iran currently has and how many they’re working on.

A State Department official told the Washington Free Beacon that the Iranian Regime’s work on centrifuges remained “limited” under the nuclear deal, which is unsurprising given that Secretary of State Rex Tillerson told Congress that Iran was in compliance with the deal in April.

In their report, the IAEA explains that it needs greater access to Iran’s nuclear sites in order to fully explain its compliance with the deal.

In April, the Iranian Resistance Forces revealed that the Iranian Regime had re-started its illegal nuclear weapons programme at a secret site, not accessible by the IAEA.

The Iranian Resistance Forces revealed Iran’s nuclear programme way back in 2002 and the Regime’s terrorist training camps in February.

Bloomberg: For evidence of how Iranians are embracing President Hassan...

The reaction from Iranian state-run media over the recent...