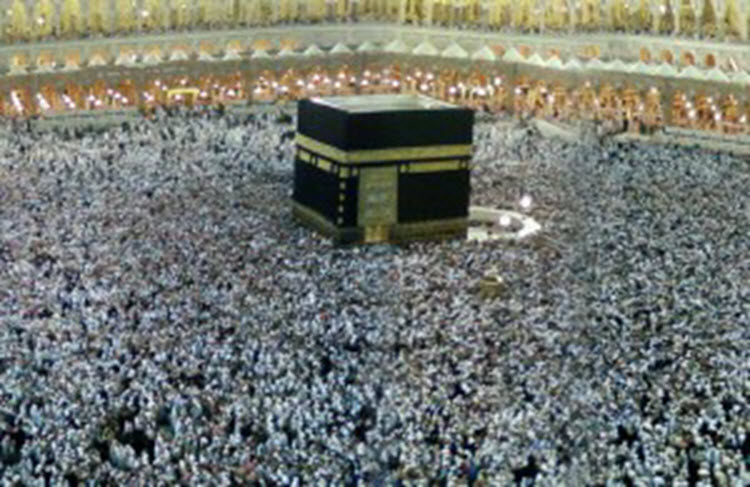 London, 27 Jun – Last week, the Saudi Security Forces arrested five members of a terrorist cell who were planning to attack the area surrounding the Grand Mosque or Great Kaaba in Mecca.

But who would profit from such an attack?

Dr. Khaled M. Batarfi, a Saudi journalist, wrote an op-ed for Al-Arabiya in which he questioned who would target the Holy Kaaba, during Ramadan, and target the most devout people from the Muslim faith.

In his piece, he questions the idea that the perpetrator can be considered a Muslim, given where and when the attacker struck; coming to the conclusion that no true Muslim and no true human would commit such an atrocious act of terrorism.

Batarfi wrote: “The inevitable answer is that they have no relation to Islam or any religion — whatsoever. The executor is merely a tool, a person who has lost his mind, soul and humanity to the point of conviction that he is entering Paradise with Muslims by killing Muslims; that he would drink from Al Kawthar spring with the Prophet (peace be upon him), by killing and frightening his visitors and his mosque worshipers (as they did the same time, last year).”

However, the Iranian Resistance Forces have identified a group who call themselves Muslims and spread terrorism around the world: The Iranian Regime.

The National Council of Resistance of Iran (NCRI) said in a statement: “The only party to profit from this shameful scheme that is repulsive to all Muslims in the world is the ruling religious fascist regime in Iran, which wants to drive the entire region into a quagmire of wars and crises.”

Batarfi argued that the Iranian Regime would indeed benefit had this attack been carried out.

For decades, they have sought to gain control over the holy sites in Mecca, and this attack would have painted the idea that Saudi Arabia was not able to protect the sites and could have given the Regime the chance to take over.

They also agreed with Batarfi that the perpetrators were not true Muslims.

They wrote: “Those who are behind these inhuman and non-Islamic plans and who carry them out are the worst enemies of Islam and Muslims. The spirit of Islam and humanity are innocent of them.”

The NCRI, which comprises of many Iranian dissident groups including the People’s Mojahedin Organization of Iran (PMOI/MEK), serves as a government in exile from France.

That is why we must support the Iranian Resistance (NCRI/MEK) and its elected leader Maryam Rajavi, who has a ten-point plan to create an Iran for the 21st century by ending the state sponsorship of terrorism that has threatened the rest of the world for nearly four decades.