IRGC Threatens US Troops If Terrorist Designation Goes Ahead 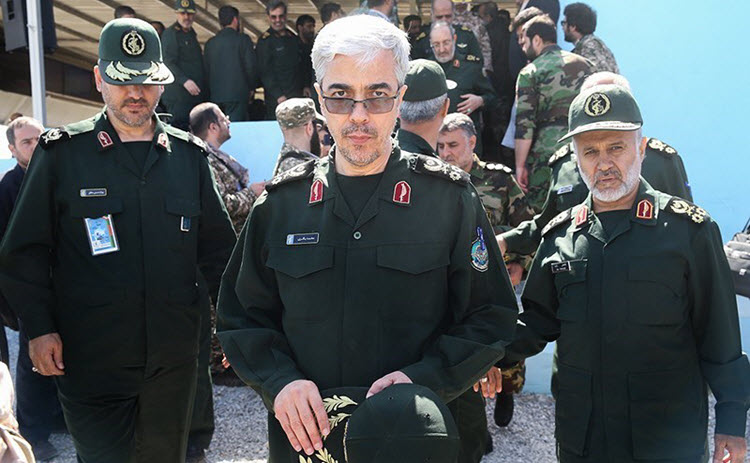 London, 18 Jul – The Iranian Regime’s personal terror squad, the Revolutionary Guards Corps (IRGC), have threatened to attack US troops in the Middle East if the US goes ahead with the designation of the IRGC as a foreign terrorist organisation (FTO).

Major General Mohammad Baqeri, a senior commander in the IRGC, threatened that if the designation goes ahead and further sanctions are applied, then it would be dangerous for US troops in the Middle East.

He refused to give any details or specifics on the type of risk that he foresaw for US forces and bases, which leaves people to believe that the IRGC would be the ones attacking them.

He continued: “American officials should speak a little more wisely, thoughtfully and maturely about other countries, particularly a powerful country like Iran which has stood against all plots with strength and pride.”

The IRGC is incredibly powerful within Iran, controlling a lot of the economy and the political system.

Earlier this year, US officials revealed that the Donald Trump Administration was considering a proposal to categorise the IRGC as a terrorist organisation.

In June, the Senate voted 98-2 in favour of applying new sanctions on Iran with regards to its ballistic missile programme, human rights violations, and attempts to destabilise the Middle East.

As these areas were not mentioned in the 2015 nuclear agreement between Iran, the US, and five other world powers; the sanctions are able to be enforced without breaking the agreement.

This sanctions bill needs to pass through the House of Representatives and be signed by Trump in order to become law.

This is not exactly the model of “defensive” use.

Most recently, the IRGC launched missiles into Syria, supposedly in response to a terror attack by ISIS on Iran. However, they did not let US-backed troops who were in the region fighting ISIS know about the missile strike, and if the strike had been successful, it could have proved fatal to the people fighting ISIS.

It is worth noting that the Iranian Regime and the US-backed troops are fighting on opposite sides in the Syrian Civil War, with Iran supporting the dictator Bashar al-Assad. This strike may have been a way of getting rid of the fighters of the other side.

US Defense Secretary James Mattis recently said that regime change in Iran would be necessary before the US could have relations with Iran.

Share
Facebook
Twitter
Pinterest
Linkedin
ReddIt
Previous articleThe US Certifies Iran Is in Compliance With Nuke Deal Despite Evidence to the Contrary
Next articleVan Buren: I Tried to Warn the US About Iran but No One Wanted to Admit the War Had Failed

Iran spent over $1 billion on meddling in Iraq: Defence Minister

AP: The U.S. State Department said Friday it was...