The Odd Relationship Between Hamas and Iran 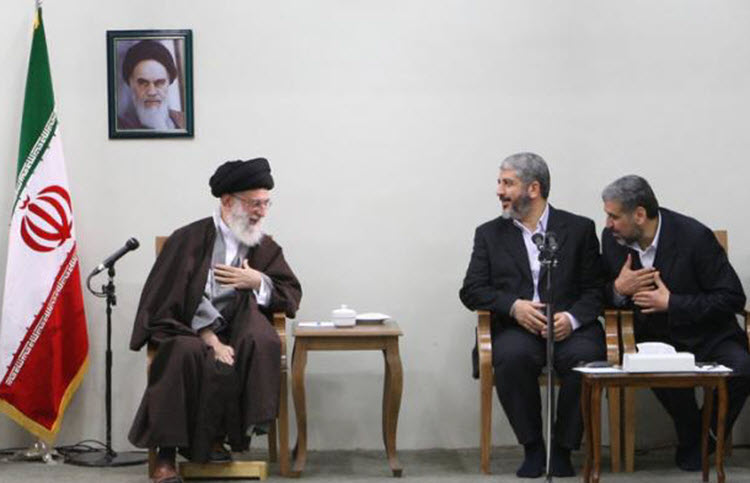 London, 31 Jul – It is a weird partnership that exists between the Shiite Iranian Regime the Muslim Brotherhood but the two are united on their bastardisation of functioning democracies.
Despite their partnership being in place for over 40 years, Track Persia reports that Iran “does not have a clear and coherent policy towards the Muslim Brotherhood,” which is mainly due to the differing regional goals of the different factions of the Brotherhood.

Track Persia writes that Hamas, a member of the Muslim Brotherhood, and Iran have an unsteady relationship but that there are many links between the two groups; not least their hatred for Israel.

They both have paramilitary groups enshrined in their “governments”: The Iranian Basij (operating under the Revolutionary Guard Corps (IRGC)) and the Palestinian Brotherhood’s Izz al-Din al-Qassam (operating under Hamas), and Iran provides military assistance to Hamas.

However, the groups do differ on other issues and this, in fact, caused a deep rift.

During the Arab Spring, Tehran supported the dictatorship of Bashar Assad (and still does) while Hamas sympathised with the rebels and declined to support Assad. In response, Iran threatened to cut off financial and military aid to Hamas (but never followed through). Hamas is dependent on support from Tehran because it cannot seek help in its fight against Israel from any of the Gulf Arab states.

Iranian MP Hashmatullah Flahat Bisha revealed that the Iran/Hamas conflict is actually deepening. He said that the Palestinian group was supporting support terrorist groups that serve the Syrian opposition and encouraged them to reconsider their stance.

Indeed, Iran has even accused Hamas of ties to Israel in order to bully them into compliance.

The relationship between the world’s leading state sponsor of terrorism and a prominent terror group may actually be on the mend though, to the dismay of the rest of the world. There have been increased diplomatic talks with Hamas leader, Ismail Haniyeh, expected to visit Tehran in the near future and Hamas issuing a statement citing improved relations.

Iran was a big supporter of Haniyeh during Hamas’s “elections” and his pro-reconciliation stance with Iran. Indeed, many Iranian leaders sent congratulatory messages to Haniyeh upon his win, including Foreign Minister Java Zarif and Shura Council leader Ali Larijani.

Track Persia wrote: “It is most likely that Iran will continue its military support to Hamas’s military wing and it may enhance the divide within Hamas in order to allow itself to have a greater room to manoeuvre. Iran also needs that relationship, not only to use as cover up for its ideological attack on the nation, but also to keep promoting the story of resistance and opposition, although it is no longer compelling to anyone, except for a few who wish to convince themselves to justify their positions.”

Iran: Civil Disobedience and Conflict With the State Norms

Corruption and fear of the people’s fury and protests...