Iran Will Continue Ballistic Missile Programme in Spite on US Sanctions 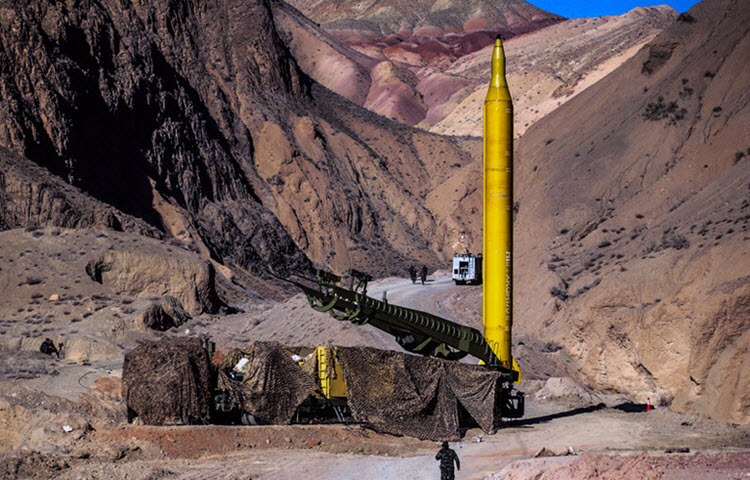 London, 31 Jul – The Iranian Regime has vowed to press ahead with its ballistic missile programme at “full power” despite US Sanctions.

Bahram Ghasemi, Iran’s foreign ministry spokesman, said that the Regime saw these sanctions as “an effort to weaken the nuclear deal,” which was signed between Iran and the P5+1 countries (the US, the UK, France, Germany, China, and Russia).

Ghasemi called the sanctions “hostile, reprehensible and unacceptable”, claiming that Iran had proven its compliance with the nuclear deal, which was supposed to lift some sanctions against Iran in favour of stopping Iran from working on nuclear weapons technology.

However, this doesn’t align with the fact that international inspectors have been denied access to the secret nuclear missile programmes sites. How can you prove your compliance with something, if you only let investigators see the sites that have been specially designed for them?

Ghasemi said: “We will continue with full power our missile programme. The military and missile fields […] are our domestic policies and others have no right to intervene or comment on them.”

Following the passing of sanctions legislation in the US Senate on Thursday, the Iranian Regime’s parliamentary committee on national security and foreign policy met to discuss their next steps.

Abbas Araghchi, Iran’s deputy minister and senior Iranian negotiator, told reporters: “It is imperative that we show an appropriate reaction in light of such hostile and vicious actions taken by the United States.”

The Sanctions bill, which already passed the House of Representatives, will:

That’s not really what “hostile” and “vicious” means.

The US also imposed separate sanctions on Friday over Iran’s test of a satellite-launch rocket.

The launch, from the Imam Khomeini space centre in the eastern province of Semnan, was broadcast by Iranian state television. Reportedly, the launch vehicle is capable of propelling a satellite weighing 250kg into orbit at an altitude of 500km.

Their space programme has long been suspected by Western Governments as being a covert way to develop technology for longer-range missiles (ballistic or nuclear); something Iran denies.

It stated: “We call on Iran not to conduct any further ballistic missile launches and related activities.”