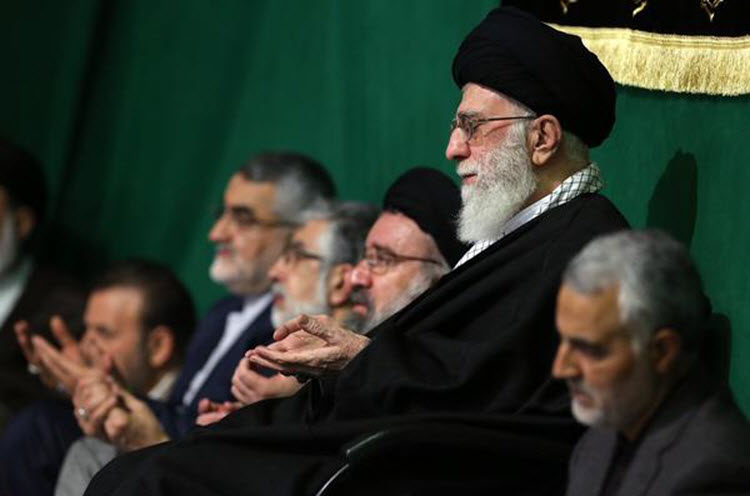 London, 7 Aug – If the international community truly wants to tackle the Iranian Regime’s aggression in the Middle East; they must prioritise human rights, regional stability, and peaceful interactions according to a human rights activist.

Heshmat Alavi wrote an analysis for Al Arabiya, titled “How to tackle Iran’s Middle East bellicosity”, in which he praised the positive shift in US foreign policy from appeasement to sanctions but stressed that more should be done.

He wrote: “The Trump administration can lead the international community in instituting the first real and effective initiative against the Iranian regime.”

He advised that trade with the Iranian Regime should only be entered into if Iran:

• withdraws troops from Syria and Iraq

• stops all missile activity including development and tests

The US has recently passed a bill imposing strict sanctions on Iran, Russia and North Korea; even labelling the Iranian Revolutionary Guards Corps as a Specially Designated Global Terrorist group.

These sanctions will discourage international companies from doing business with Iran but also put a spanner in the works of the Iranian economy but Alavi writes that the US and the rest of the world must go even further.

He wrote: “Moreover and parallel to recent sanctions, which must be executed immediately and without any loopholes, the Iranian people’s organized opposition, resembled in the National Council of Resistance of Iran, should be recognized.

This will pave the path for regime change by this coalition without war or military intervention. Failure in this regard is tantamount to aiding Tehran’s regime.”

The Iranian Resistance receives wide support both inside and outside of Iran, as evidenced at July’s Free Iran rally, and if the international community truly wanted to end the Iranian Regime’s regional dominance and otherwise troubling behaviour, they would support the Iranian people’s call for regime change and freedom.

Alavi wrote: “Thanks to years of Western appeasement in the face of Iran’s belligerence across the Middle East, evidence of Tehran’s dangerous footprints are now visible in several countries across the region… The Trump administration, however, has made it quite vivid its adoption of a firm approach. This stance, signalled in the historic May conference in Riyadh, is long overdue and should be enhanced by Washington supporting the Iranian people’s desire for regime change.”