Accommodating and Appeasing the Iranian Regime Is Futile 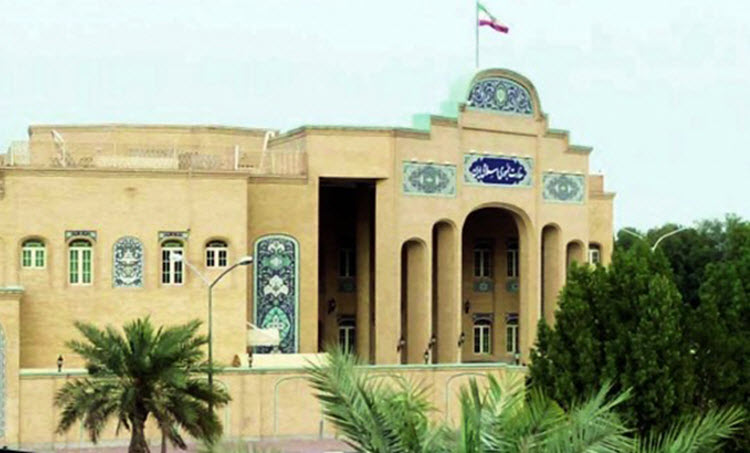 London, 8 Aug – Ali Shihabi, the executive director of the Arabia Foundation, wrote an op-ed for Al Arabiya in which he explained that there’s was no way to accommodate Iran, using Kuwait as the case study.

Shihabi explained that on July 20, the Kuwaiti government has expelled three-quarters of the Iranian Regime’s diplomatic staff, including Ambassador Alireza Enayati, and closed the Islamic Republic’s cultural, trade, and military missions in Kuwait City after finding out that terrorists, who planned to attack Kuwait had received funding from Iran and Hezbollah.

While Iran has denied this, there is no denying that they fund terrorism around the world, so why would Kuwait be any different?

Well, one might argue that Kuwait’s support of Iran and attempts to mediate between Iran and the countries in the Gulf Cooperation Council (GCC) would make the Iranian Regime grateful.

Shihabi wrote: “As a small country surrounded by larger and more powerful neighbours in Iran, Iraq, and Saudi Arabia, Kuwait is the Gulf’s natural mediator and honest broker. In this capacity, the current Emir has worked to negotiate an amicable settlement between Qatar and the Arab Quartet. He has gone even further in seeking positive relations with Iran and negotiating peace between the Islamic Republic and the GCC.”

However, anybody who thinks that the Iranian Regime would be grateful to be thrown a lifeline fundamentally misunderstand the mullahs. Just ask President Obama.

Shihabi wrote: “The case of Kuwait is particularly illustrative because, in light of the [terrorist] incident, it unequivocally demonstrates to Western supporters of the accommodationist approach what the Saudis have been trying to communicate for decades: that adopting such a policy vis-à-vis an ideologically driven revolutionary state bent on regional hegemony is flawed, dangerous, and ultimately untenable.”

Kuwait supported Iran through the 2015 nuclear deal between Iran and the p5+1 countries, which gave Iran sanctions relief in exchange for not continuing its nuclear programme, and promised to invest in the country. It even refused to cut ties with Iran following attacks on Saudi Arabia’s diplomatic facilities in Tehran.

Shihabi wrote: “And yet, Kuwait’s repeated gestures of goodwill toward the Islamic Republic have yielded little good and considerable ill.”

He notes that the Iranian Regime cannot be trusted to stick to agreements or honour goodwill gestures.

He wrote: “Kuwait learned the Iranian approach the hard way. Those Western analysts who continuously criticize Saudi Arabia’s deep mistrust of the Iranian regime would do well to evaluate this “case study” very carefully.”

AP: John McCain and Barack Obama are using the...