Iran Cannot Be Part of Peace Talk in Yemeni Civil War; They Caused the Civil War 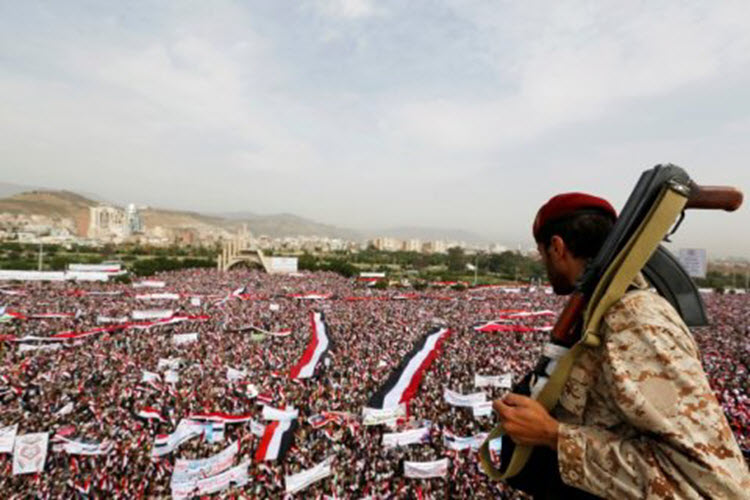 London, 22 Aug – The Yemeni Foreign Minister has stated that the Iranian Regime cannot be part of the peace process in the country’s ongoing civil war, because its support for Houthi Shiite rebels fuelled the civil war.

Abdulmalik al-Mekhlafi was taking part at a press conference at the United Nations in New York on August 21, when he was asked if Iran would form part of the political solution to the civil war.

The Iranian Regime has yet to comment on this latest statement.

Previously the Mullah’s Regime has denied funding the Houthis but that is not what the evidence suggests.

In March, a senior Iranian official reported that Major General Qassem Soleimani, commander of the Qods Force (the militant arm of the Islamic Revolutionary Guard Corps (IRGC)) met high-ranking IRGC officials to discuss how they could “empower” the Houthis.

The official, who spoke on the condition of anonymity, said: “At this meeting, they agreed to increase the amount of help, through training, arms and financial support. Yemen is where the real proxy war is going on and winning the battle in Yemen will help define the balance of power in the Middle East.”

This proxy war is between Iran and Saudi Arabia.

The UN Ambassador for Saudi Arabia has also attacked Iran this week, after hosting a lunch for UN diplomats about the Yemen issue.

Ambassador Abdallah Al-Muallimi said: “Iran should get the hell out of the area, period. Iran has no role to play in the region.”

Saudi Arabia, along with the US, supports the Yemeni Government in its Civil War with the Houthis and led a coalition backing the government forces with air strikes.

The Yemeni civil war has been raging since September 2014 when Houthi rebels stormed the capital and overthrew the government.

In 2015, the Saudi-led collation joined the war.

The UN has warned time and time again that Yemen faces extreme food and clean water shortages due to the war’s destruction of facilities.

As a result of the lack of clean, safe, drinking water, almost 2,000 Yemeni people have died of cholera since April.

A further 600,000 are expected to contract the illness this year.