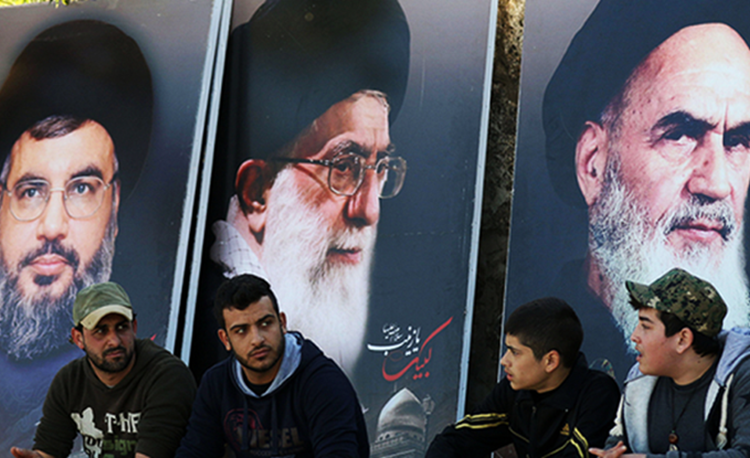 London, 22 Aug – In recent weeks, it has been evident that the Israeli government has become increasingly concerned over the Iranian Regime’s involvement in Syria and a new report from an Israeli intelligence analyst appears to confirm these fears.

Ronen Salomon has been working on a project to trace the presence of Iranian forces in Syria and he has worked out that the Iranian Regime has been commanding fighters from Afghanistan, Lebanon, Iraq and Iran through Qasem Soleimani, the leader of its militant Qods Force, and supplying weapons and troops via air and sea transport.

The Qods Force is part of the Iranian Regime’s personal terror squad, the Revolutionary Guards Corps (IRGC); it works outside of Iran, while the IRGC works within.

Salomon said: “These are accompanied by ‘interests sections’ used by the Quds Force in aviation and transportation, such as Iran Air and Mahan Air, the ministries of Islamic culture and direction, science and technology, housing and commerce and trade.”

He continued: “This has been well-documented in the list of sanctions imposed on Iran both in the past and today. In addition, the Quds Force makes use of the Iranian Red Crescent on occasion both to insert Revolutionary Guard and intelligence ministry operatives and to transport shipment and military aid by air and by sea, as they have already done in Lebanon, Sudan and Yemen.”

The Iranian Regime also controls a fair amount of land surrounding the Damascus international airport, which allows them to import advanced weaponry and Shiite militias which are loyal to the Bashar Assad dictatorship under the guise of commercial shipments through their international shipping company, IRISL.

The flights take place at night to prevent satellite monitoring and Iran operates the assembly and unloading points, which back up recent reports that the Regime has started a missile manufacturing plant in Syria.

The Iranian Regime’s activity spreads across four fronts; a command outpost in the Dumayr area, Shayrat airfield, T-4 airfield, and their main base in the Damascus international airport’s area.

There are also eyewitness reports of increased construction of military complexes in northwestern Syria.

Salomon reveals that the Iranian Regime has tried to seize control of the Tanf border crossing between Syria and Iraq in order to connect the Iranian bases to their Iraqi counterparts, and use those to gain control of the Deir ez-Zor province in eastern Syria. If they manage this, the Regime could easily transport more weapons, troops, and money to terrorist groups across the Middle East.

These days after the latest U.S. sanctions over the...