Former US Ambassador: Iran Bigger Threat to the Middle East Than ISIS 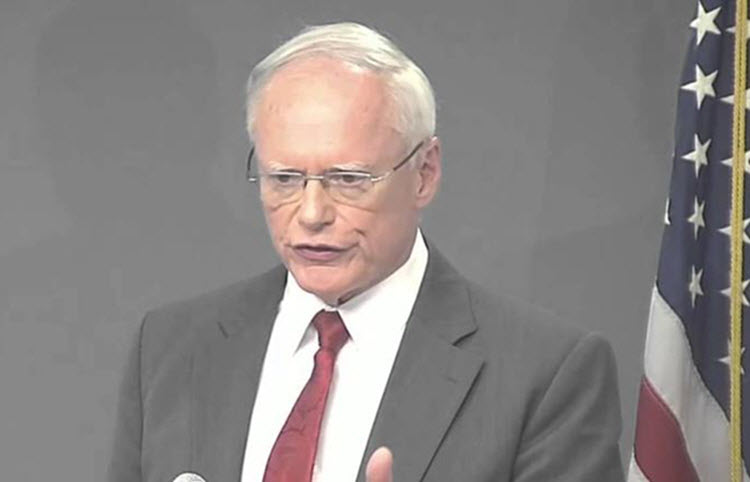 London, 26 Aug – A former US ambassador has stated that the Iranian Regime poses more of a threat to the security of the Middle East than the so-called Islamic State (ISIS).

James Franklin Jeffrey, who served as the US Ambassador to Turkey and Iraq under President Obama, said: “I think the Saudis and the Turks see the biggest threat in the region not as ISIS but as this Russian-Iranian-Syrian alliance — and I believe they are correct. I’ll go further: It’s the Turks and the Saudis who are correct and the Obama Administration is wrong. As I see it, all kinds of recent events, including the execution of Nimr al-Nimr and the recent, more aggressive Turkish actions are part of an effort to get America to wake up.”

Jeffrey, now a member of the Defense Policy Board, was being interviewed about the Syrian Civil War and advocated for safe zones to limit the damage that ISIS, Russia, and the Syrian-Iranian coalition could do.

He said: “It would be along the entire border between the Kurdish areas and the Euphrates, around 25 kilometres deep. Though that’s not deep, it would provide a refuge for people as well as serve to cut off ISIS’ links to the outside world.”

Jeffrey, who served as Deputy National Security Advisor to George W. Bush, explained that the Iranian Regime’s behaviour had been worsened as a result of the 2015 nuclear deal.

He said that the Obama administration had hoped to empower the moderates in the Regime but there’s no such thing. All members of the Iranian Regime are the same; power-hungry and bloodthirsty, willing to suppress the masses for even the smallest bit of power.

Jeffrey said: “Consider the 2009 protests resulting from popular feelings that the election results were rigged. While the “mandate of heaven” may not be forever in the hands of the current Iranian leadership, for the moment, I still see totalitarianism. In the world in general, totalitarianism is not on its way out. And in Iran, you have totalitarianism combined with religious fervour. That’s a potent combination. It’s more than what Putin has.”

He advised that the US’s Middle Eastern allies do more to counter Iran and to press the Trump administration to act.

He said: “Pursue a comprehensive political-military solution in Yemen, including co-opting the Houthis — and that is something the Saudis are very experienced at doing. In Syria, alas, there are limits to what one can do without American support given the Russian presence.”

The only real way to achieve security for the Middle East is to support the Iranian Resistance, who serves as a government in exile and are ready to take the reins after the Regime is toppled.

Requirements for a Simple Life in Iran; the Unattainable Dream

It is no exaggeration to say that Iran's economy...