Iran Regime Is Building Weapons Factories in Lebanon and Syria 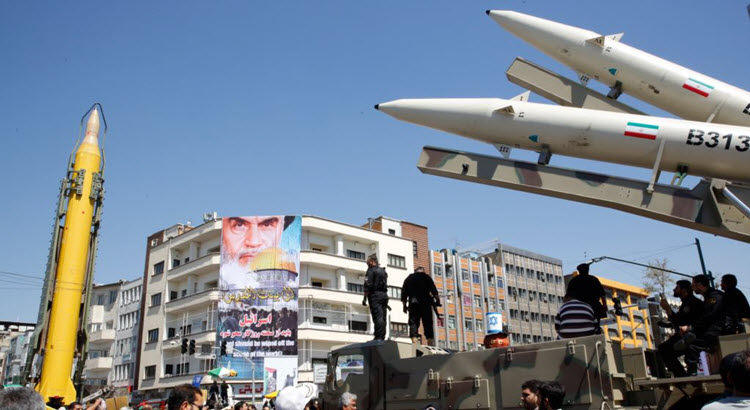 Netanyahu insists that he is very concerned about Iran’s efforts to produce advanced, precision weapons in Lebanon and Syria.

During a press conference with Guterres, Netanyahu said: “Iran is busy turning Syria into a base of military entrenchment and it wants to use Syria and Lebanon as war fronts against its declared goal to eradicate Israel.”

Iran often uses proxy groups like Hezbollah to expand their influence across the Middle East and destabilise other countries so that Iran can swoop in and take over.

Lieberman said that he was determined to prevent security threats from the Iranian Regime.

Guterres said: “I will do everything in my capacity to make sure that UNIFIL fully meets its mandate. The idea or the intention or the will to destroy the state of Israel is something totally unacceptable from my perspective.”

The weapons factory allegations are nothing new; in June, Israel’s chief of military intelligence, Maj. Gen. Herzl Halevi, revealed that the Iranian Regime had set up independent weapons production facilities in Lebanon to build weapons with advanced guiding technology, which would allow them to hit specific targets.

Hezbollah, the Lebanese Shiite terror cell that is backed by Iran, would be the main beneficiary of these weapons and would use them against their shared enemies.

It was also revealed that Yemen would be the next location on the Iranian Regime’s list.

Last week, Netanyahu visited Vladimir Putin in Russia to discuss the dangers that the Iranian Regime posed to the Middle East; in particular, their attempts to seize lands from which ISIS had been driven from in order to expand their stranglehold on the region.

He said: “The victory over ISIS is welcome [but] Iran’s entry is unwelcome, endangering us, and in my opinion, endangering the region and the world.”

The Sunday Times: When President Mahmoud Ahmadinejad addressed the...

US discusses Iran sanctions with Venezuela

AFP: US officials have "discussed" concerns that Venezuela may...