No One Is App-Y With Iran Regime 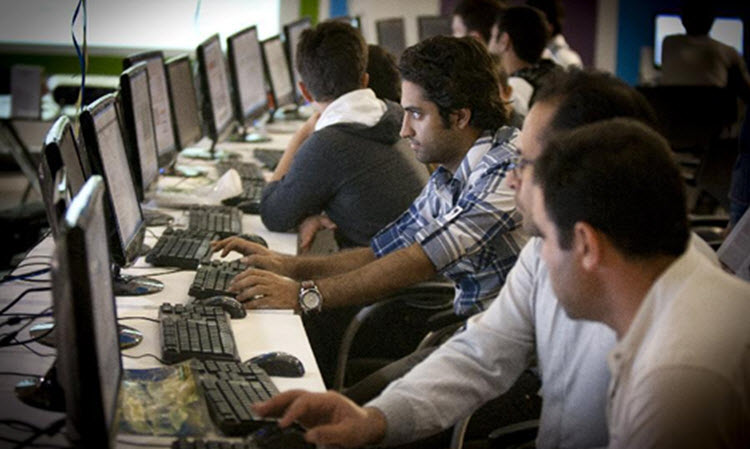 Iran is already one of the most censorship heavy regimes in the world, but their people still defy them on a daily basis to speak out against unjust laws, the slaughter of innocents, and the importance of freedom and democracy.

Recently, one Iranian minister hinted that the Regime may be in bed with social media companies in order to subvert the privacy of the Iranian people.

Of course, going to all of these companies individually must be exhausting for the cruel Regime, so do you know what would be easier?

Creating one app that everyone in Iran could use to let the bloodthirsty mullahs know when they’re even thinking of doing something that could get them in trouble with the Regime or the Revolutionary Guards.

Peyvand Khorsandi wrote a beautifully angry piece on an app of her own design which would really allow the Regime to streamline their egregious human rights abuses: Twatter.
Here she explains the many functions of the app:

• Telling women to cover up “It recognizes photographs of women showing their hair and despatches the heavies around in the morning with warnings to cover up or risk being twatted.”

• Shutting down parties: “The security services in Iran could recruit with the ease of Uber Eats and Deliveroo, responding to Twat alerts, using a moped to invade parties — which the app will cleverly identify illicit bottles using smart GPS technology — and confiscating smart phones (hell enough for any youth in the West) and then the even smarter owners of those phones.”

• Monitoring shopping habits: “With all servers controlled by the government, the security agencies and their street mafia offshoots will be able to hone in on demand for particular drinks and drugs apartment by apartment, house by house. They can start their own unofficial delivery service of the very products they will later arrest young people for using. Day one: This guy likes Johnny Walker Black Label, this girl wants crystal meth. Day two: “What was Johnny Walker doing in your house? Are you a homosexual?” (THAT’s how bad they are.)”

• Enforcing abstinence (at any cost): “Twatter can also crack down on the Islamic Republic’s favourite target, young people’s expressions of sexuality. Allowing users to barcode each other on strips of road where girls and boys exchange numbers as their cars pass each other, the state can make the process easier and get details on who’s dating who, simply by keeping up the illusion of the integrity of encryption. It will compromise photographs galore, allowing the state to enter into homes and bedrooms — sometimes right in between the sheets! — to check that Dear Islam is being observed.”

Most importantly, Twatter would serve as a thought police, allowing the Regime to do what they do best: repress their people.

He continued: “It needn’t be a case of Google helping China by accepting its censorship. That goes the against any notion of cool and what’s a tech company when cool goes? But these companies can collude — oh, collaborate is much better word — with the Tehran regime to further business interests. Because, as any government minister will tell you that is all that matters.”

All sarcasm aside, the Iranian Regime is a despotic force attempting to silence their people, any tech company that partners with them should expect a boycott, and everyone should read and share Khorsandi’s piece.

Majority of hospitals in Iran bankrupt in last four years

AFP: Iran has received the first instalment of $4.2 billion...