Iran Regime Is Taking Over Middle East; What Can We Do? 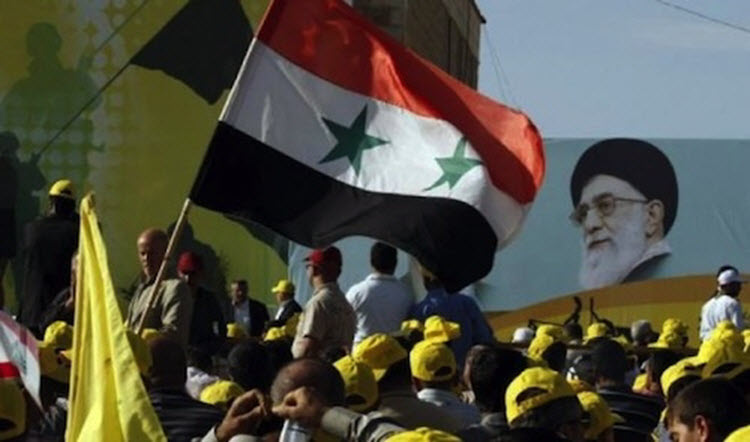 London, 6 Sep – Like the so-called Islamic State, the Iranian Regime will expand across the Middle East spreading destruction but all we can do is wait and see, according to one seasoned reporter.

Diana Moukalled wrote an op-ed, entitled “Iran expands its influence while everybody watches”, for Arab News in which she dissected how the Iranian Regime is attempting to conquer the Middle East as ISIS are driven out.

She assesses that most of the world, focused on the imminent threat posed by ISIS, is surprised by the Iranian Regime’s new stranglehold on their neighbours.

Moukalled wrote: “It seems the world has suddenly awoken from its coma to see that Iran has achieved victories on various fronts in the region, namely in Iraq, Syria and Lebanon. This is due to Iranian military and ideological policies and actions, and negligence on the part of regional and Western countries.”

Most Western countries have bought into the Iranian Regime’s misdirection in the fight against ISIS believing that if one party is empirically bad, then the other must be good, but this isn’t a case of good versus evil. The Regime only fought ISIS at all because they saw the terrorist group as a threat to their power.

Moukalled wrote: “Iran has beaten Daesh, but this is not a victory of good over evil, or of moderation over radicalism and extremism. Tehran’s victory is the triumph of one evil side over another”

The Regime was also able to take further control of the armies in other states in order to fight ISIS.

Moukalled wrote: “Iran has won the hypothetical war against Daesh in Iraq, Syria and Lebanon, whose governments are largely subservient to Tehran, which has even established militias parallel to the armies in these countries. These militias are directly supervised by Iranian Maj. Gen. Qasem Soleimani, who often travels between Iraq, Syria and Lebanon. We have all witnessed the demographic changes in Iraq and Syria, adding to the sectarian divides in those countries.”

Iran may have claimed to be fighting to protect the other nations in the Middle East but they are the biggest offenders for invading other nations.

She wrote: “The expansion of Iran’s militias under many pretexts shows a daring carelessness over borders. A concrete example is Hezbollah fighting in Syria and other fronts, and its leader Hassan Nasrallah saying it is ready to fight on any front in the future.
Worn-out speeches about respecting countries and their borders have become meaningless.

How can we talk about sovereignty and borders when we see the massive bridge Iran has built to link it to Syria?

There are destroyed cities, and separated populations that cannot be reunited, due to Tehran’s invasions of Syria, Iraq and Lebanon.”

She concluded: “In the three countries controlled by Iran, circumstances favour the emergence of satanic groups similar to Daesh. All we can do now is wait and observe.”

However, there is something that the international community can do without committing further troops to the Middle East- support the Iranian Resistance. This will bring the Regime to its knees.

We won’t forget that you sided with America, Iran warns BP

Daily Telegraph: Iran warned yesterday that it 'will not...