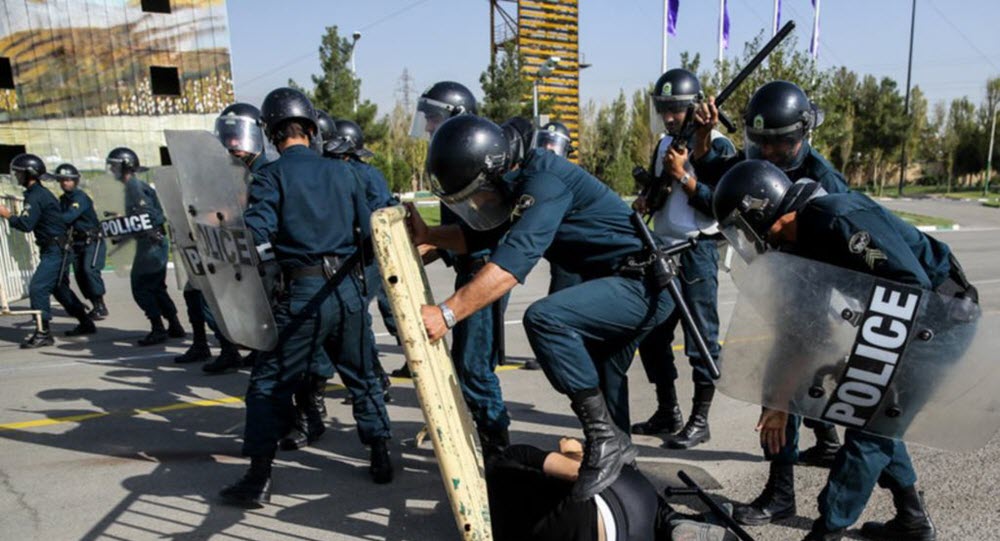 London, 6 Sep – Iran’s human rights violations are the key to bringing down Iran, according to a human rights activist.

Heshmat Alavi wrote an op-ed for Forbes, entitled “New Light On Iran’s Human Rights Violations”, in which he assessed that although Iran’s terrorist links and nuclear weapons programme gets more media attention, their egregious attacks on the rights of the Iranian people are the reason that they will be brought down.

Alavi wrote: “As Iran’s other bellicosities have rightfully raised international concerns in recent years, it is vital to understand that human rights violations are this regime’s chink in the armour.”

The Regime knows this. That is why they crack down so heavily on any sort of dissent, from imprisoning journalists to torturing human rights activists to murdering people from opposing political parties.

Alavi wrote: “The regime also has no tolerance for even the slightest protest by political prisoners in its own jails. Nearly two dozen such inmates in Raja’i Shahr (Gohardasht) prison of Karaj, a town west of Tehran, are continuing their hunger strike for well over a month. They are protesting their illegal transfer to a section of the facility placed under 24/7 audio and visual surveillance, even in bathrooms and showers.”

Human rights abuses are so entwined with the Iranian Regime that it is impossible to separate them; that is why the strange Western notion of moderates within the Regime is so laughable.

Alavi wrote: “The so-called moderate Rouhani has a dismal report card of over 3,000 executions during his first tenure, over 100 executions in July and at least 55 such cases in the month of August, according to reports.”

The most well-known human rights abuse by the Iranian Regime in the 1988 Massacre in which 30,000 political prisoners (mostly supporters of the Iranian opposition group People’s Mojahedin Organization of Iran or PMOI/MEK)were executed, which says something about the secretive nature of the Regime considering how little is officially known about it.

Unfortunately, this has not received the condemnation needed from the international community and no one has faced justice for this crime; indeed some have even been promoted because of their involvement.

Alavi wrote: “The Iranian regime has considered the international community turning its back on this crime against humanity as a green light to continue its rampage of domestic crackdown and human rights violations…No matter what their position, all ranks and files of the Iranian regime involved in the 1988 massacre must be held accountable in an international tribunal and face justice.”

Thankfully more and more people seem to be coming around to the idea that the Regime should be punished for this atrocity.

Asma Jahangir, the UN Special Rapporteur on the situation of human rights in Iran, presented a report about the massacre to the UN General Assembly, on September 2.

It read: “Between July and August 1988, thousands of political prisoners, men, women and teenagers, were reportedly executed pursuant to a fatwa issued by the then Supreme Leader, Ayatollah Khomeini. A three-man commission was reportedly created with a view to determining who should be executed. The bodies of the victims were reportedly buried in unmarked graves and their families never informed of their whereabouts. These events, known as the 1988 massacres, have never been officially acknowledged. In January 1989, the Special Representative of the Commission on Human Rights on the situation of human rights in the Islamic Republic of Iran, Reynaldo Galindo Pohl, expressed concern over the “global denial” of the executions and called on Iranian authorities to conduct an investigation. Such an investigation has yet to be undertaken.”

The key to ending the Iranian Regime is to hold them accountable for their crimes; they cannot commit human rights violations from behind bars.

AP: The slide in the price of oil halted...

Reuters: Iran received the eighth and last consignment of...